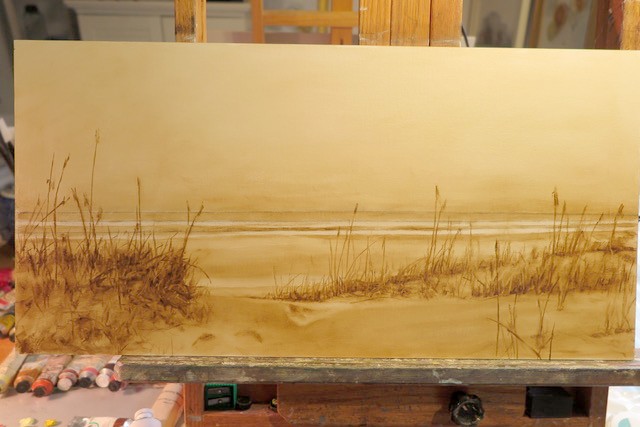 I was born and raised in Chicago and first began to display an interest in the creative arts while in elementary school.  My parents, recognizing a talent, enrolled me in three years of weekly oil painting classes with Jack Simmerling, the accomplished Chicago landmark water colorist. Majoring in art during high school, I was awarded an Illinois State Scholastic Fine Arts Award.  Following high school graduation I continued oil painting, while pursuing a career in the computer field.  From 1990 to 1997, I earned a BFA in Printmaking and an MA in Contemporary Art History at the State University of New York at Buffalo.

My studying Modern Art History and further applying that knowledge in creating art, with conventional and non-conventional materials was stimulating and enjoyable, but it left me feeling unfulfilled and unchallenged as an artist. In less than five years I was provided an opportunity to twice visit Italy and see its magnificent art collection. The genesis of this esthetic experience instilled in me a quest not only to return to Traditional Painting, but also to actively seek out the archival methods and materials used by the Old Masters and apply them to my own creative expression. In so doing, I’ve discovered my creative voice.

With the completion of my MA, I opened my first studio, which has provided me with years of creative challenges and accomplishments.  My creative voice has always been inspired by the techniques and methods of the Classical Master Artists.  Much of what I’ve learned about their methods is self-taught.

My work has been published in many publications, most notably American Art Collector Magazine (2010 and 2013), as well as having exhibited in numerous national juried shows.  I give painting workshops, demos and teach private instruction in the old oil painting methods known as Indirect Oil Painting.

Susan has entertained us with many of her mason jar series that have found their way to new homes.  The painting shown is the first step in her process with a block in monochromatic.  This is from Amelia Island, GA.

SADLY WE ARE REMAIN CLOSED TO VISITORS.