Terry spent her childhood in the countryside of Lichfield County Connecticut, developing her love for art and nature. Her main pastime was drawing, thus creating a strong foundation for her work today. Following her education and marriage, Terry moved to Vermont to raise her family. During these busy years she created greeting cards and did free-lance artwork for private businesses, friends and organizations such as United Way. After training horses, managing the horse farm and drafting for a civil engineering firm, she, with veterinarian husband Al, moved to Dorset, Vermont. This proved to be a successful and rewarding decision.

Terry’s first show, in 1990, was with her Father, a known writer/photographer, in Rangeley, Maine. Since then she has participated in a succession of shows with a growing following of her work. She has studied at local colleges and also privately, with internationally known Realist painter Gunter Korus, during the summer of 1997. Terry has done many private commissions, received awards and international interest. Her work has been featured on magazine covers and in articles.

Her distinctive style is portrayed in many ways. With an eclectic combination of interests from horses and children, to landscapes and still-lifes, she is able to communicate her feelings through color and form in an emotionally expressive way. Her work is realistic yet always leaving room for the viewer’s imagination to be utilized. She follows a layering technique similar to The Old Masters, finding the Dutch painters such as Vermeer a great inspiration.

Tilting at Windmills is pleased to add works by Terry Lindsey to our collection of quality collectable artists. 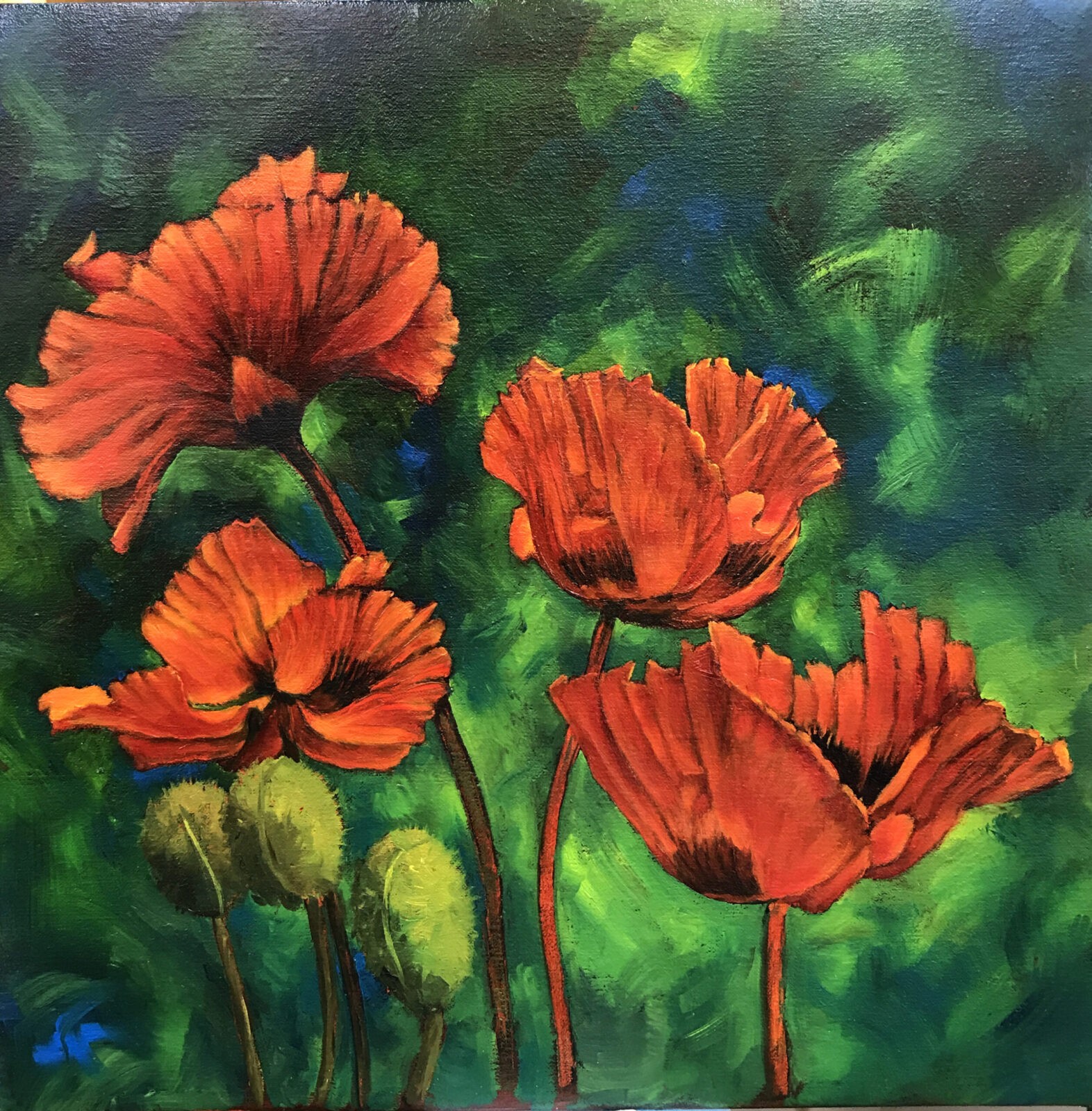 Here is a fun piece that I tried to emulate the colors by one of my favorite artists, Christian Nesvadba. I hope it speaks of his vibrant colors. It was fun to paint and who doesn’t love poppies? 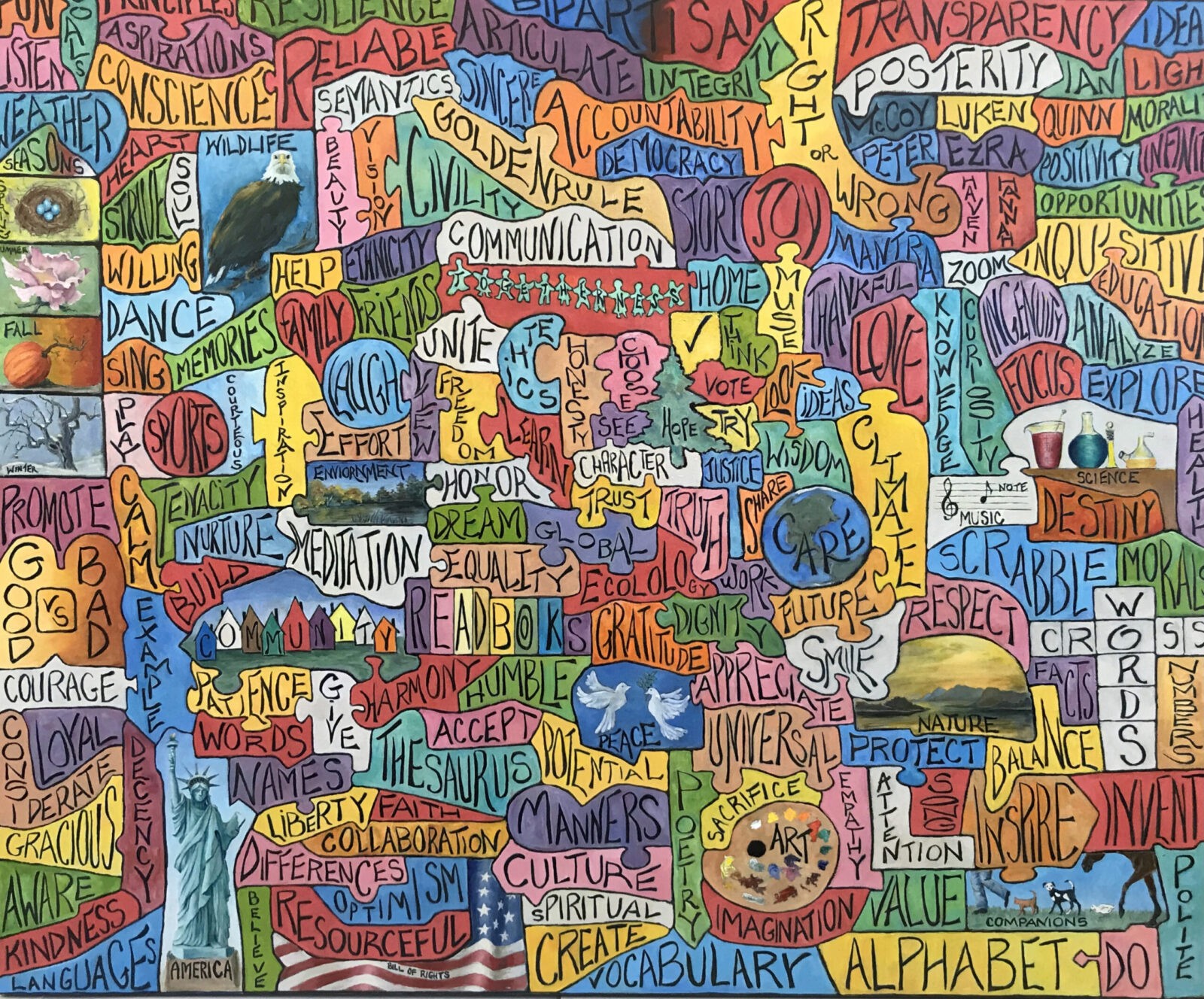 Here is a piece totally imagined and created during the frustrating year of 2020. News and life was a continuous challenge and nightly I would enter my studio following supper and create a few good words for the day….or maybe just one. For some reason keeping these words in my mind helped to cope with all the happenings. I hope this is something you will enjoy perusing. 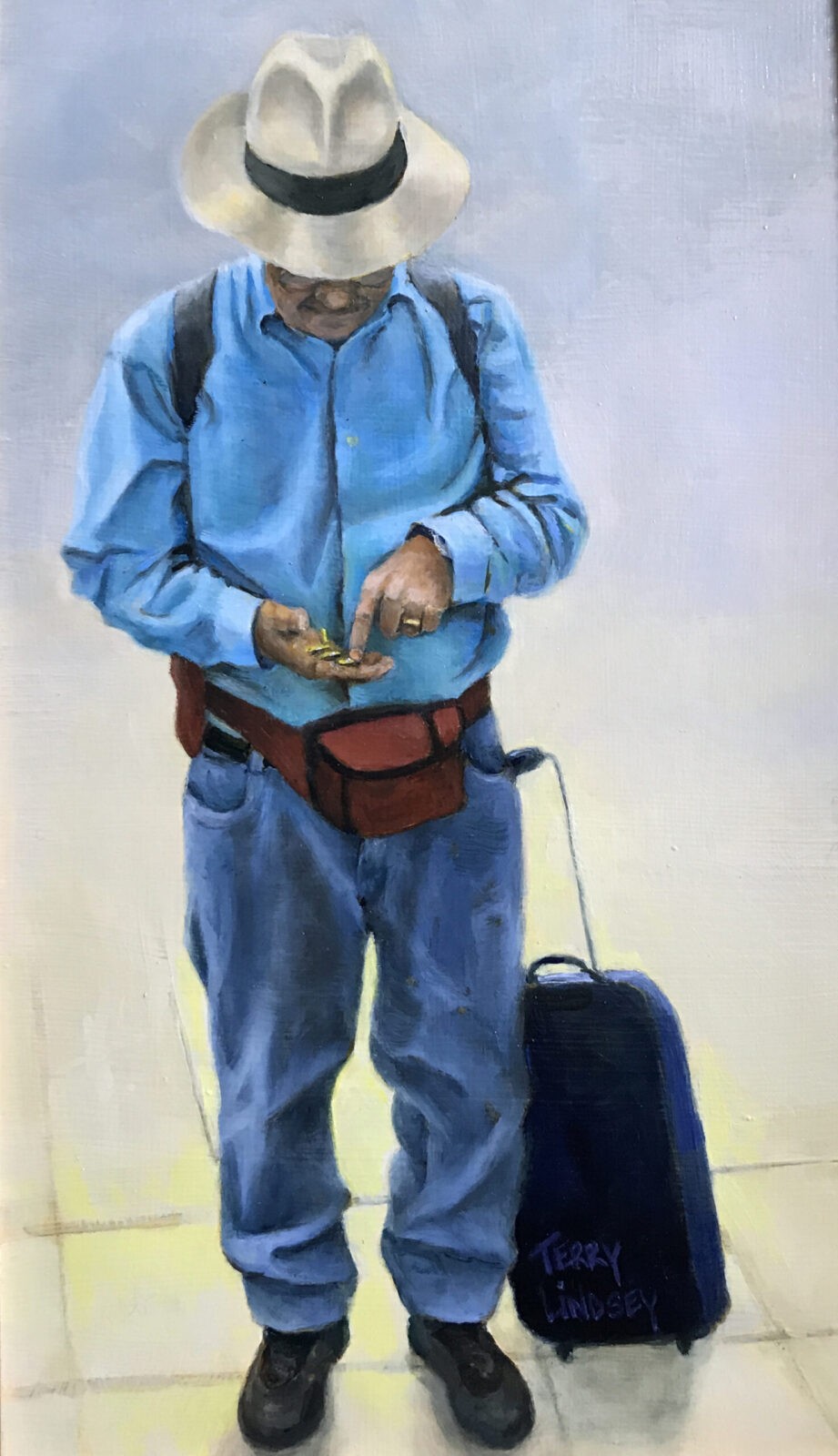 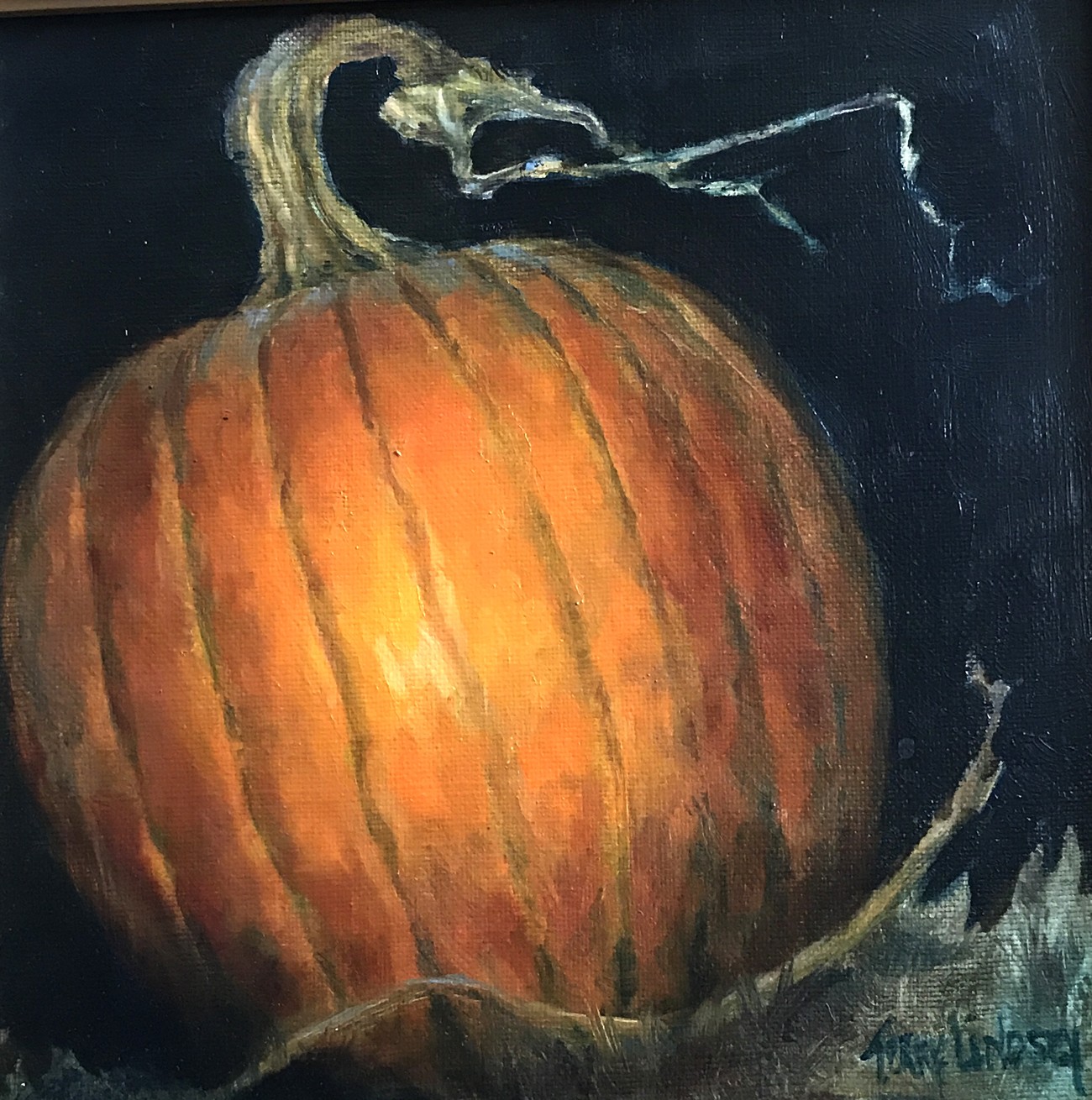 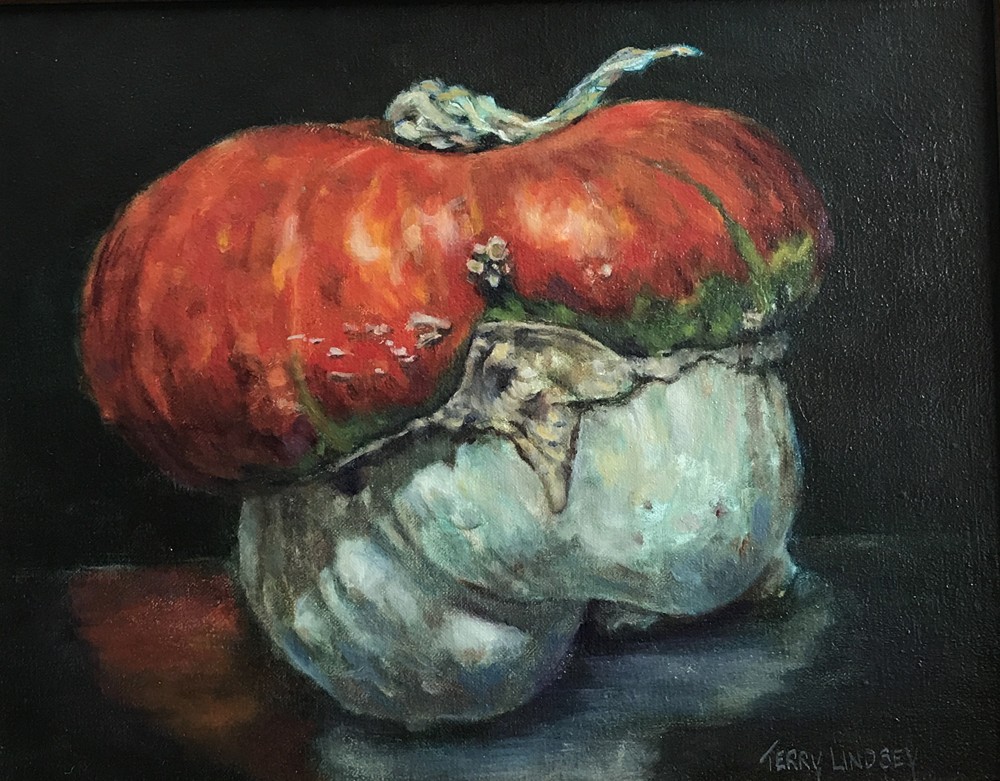 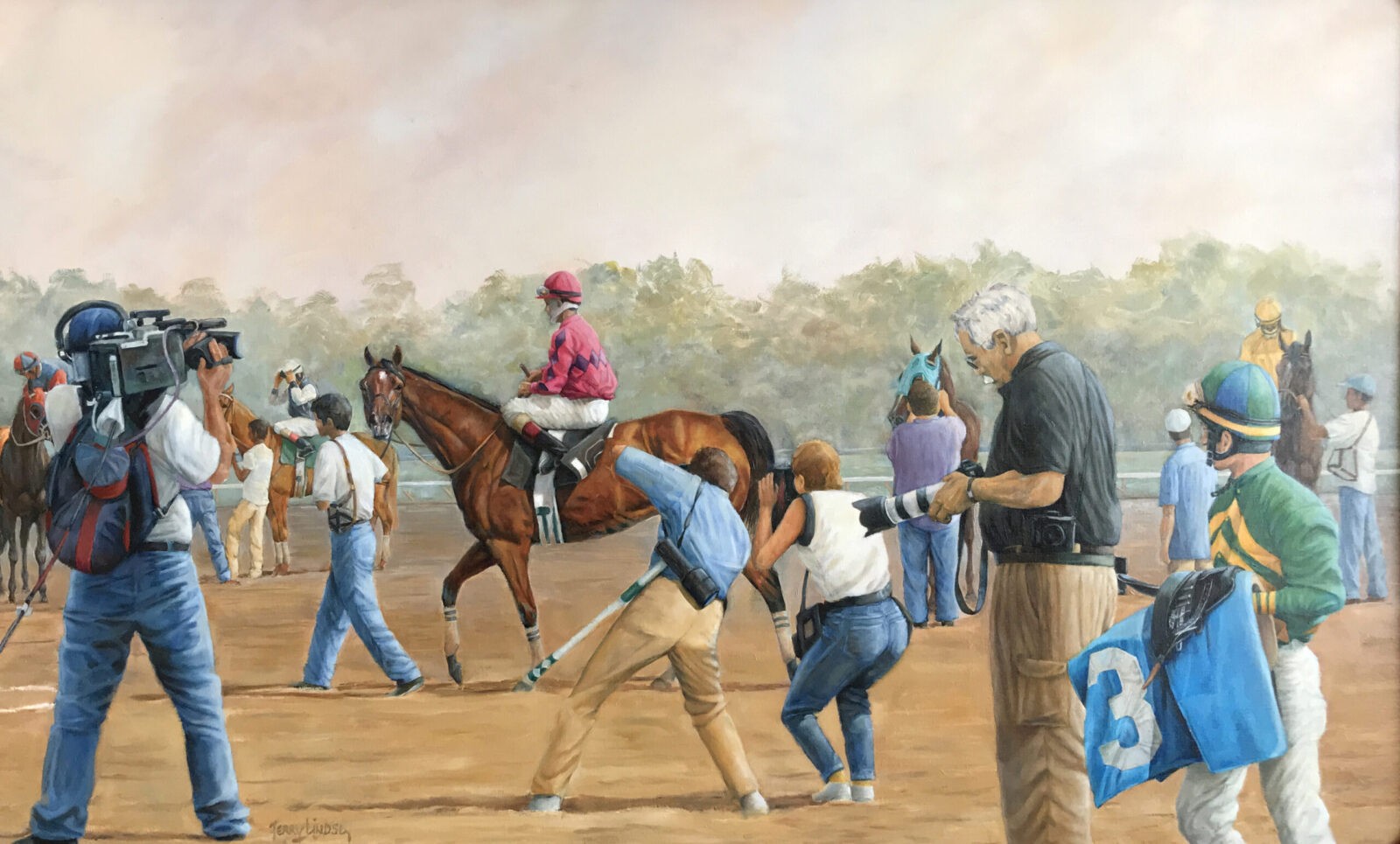 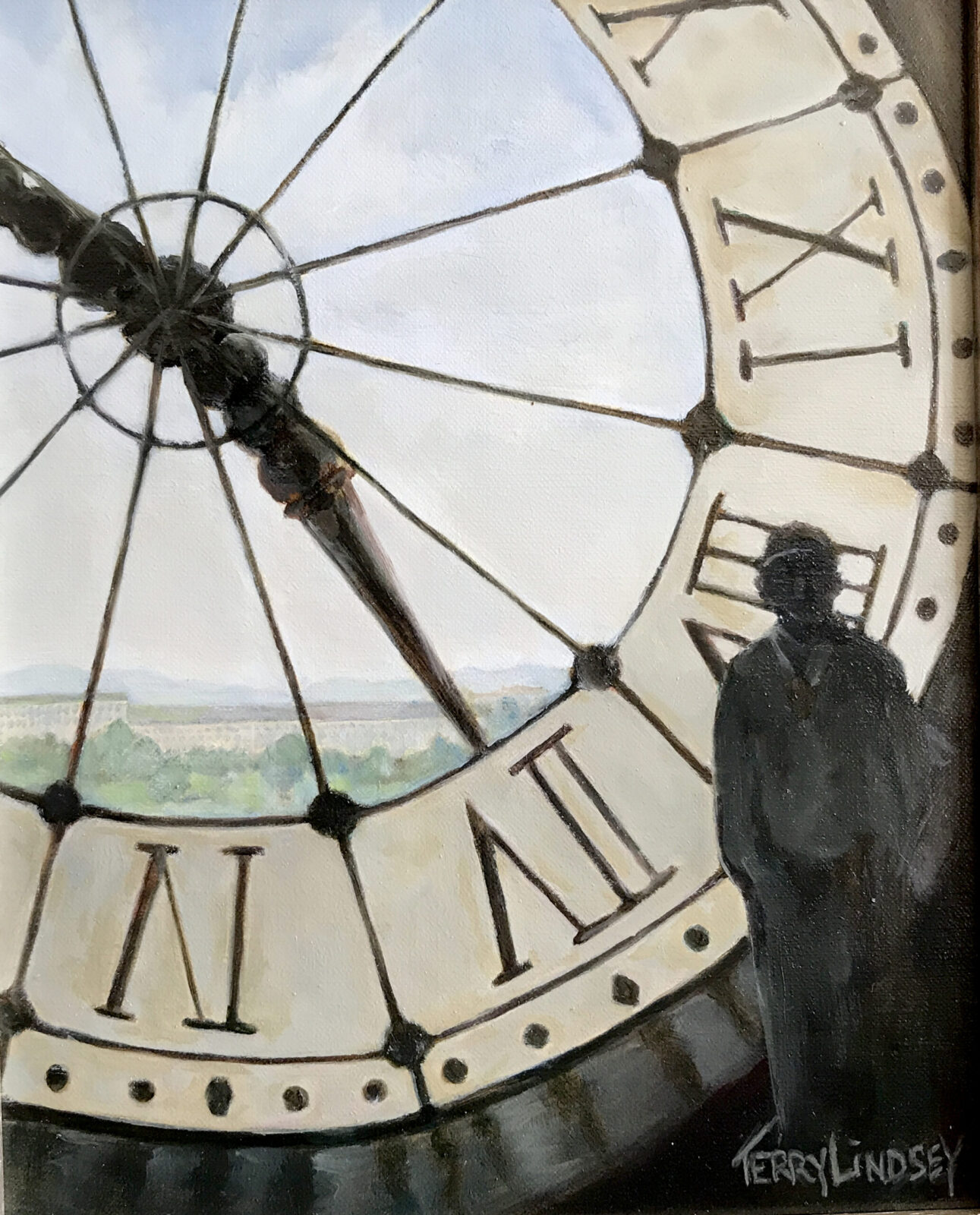 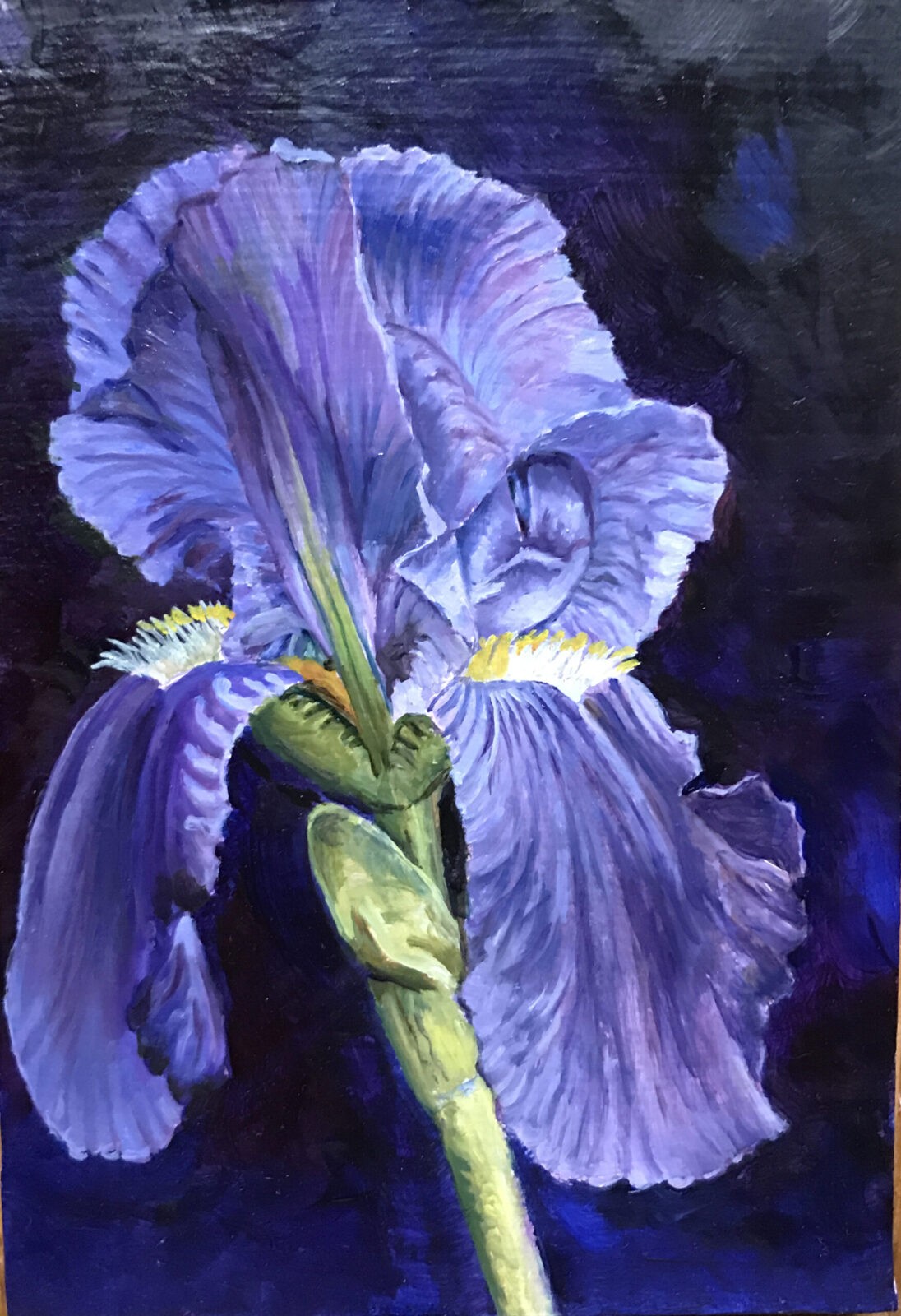 Not to be ignored….this purple iris has a bit of a shout for attention. I believe Covid has made us slow and hopefully notice more of the finer nature parts of our lives! 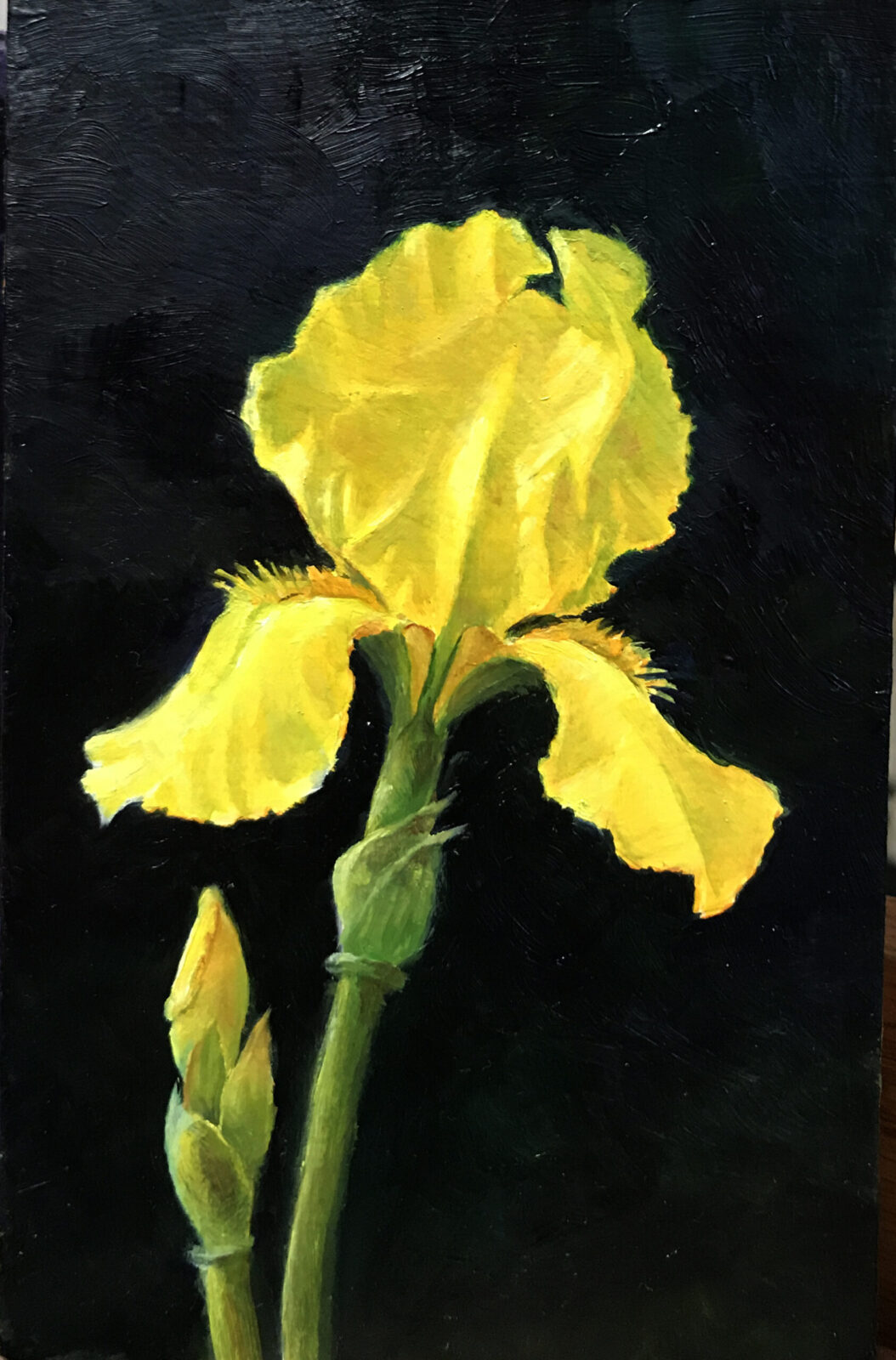 I am partial to yellow flowers……well really all flowers to be honest. But this iris really asked me to be painted!! 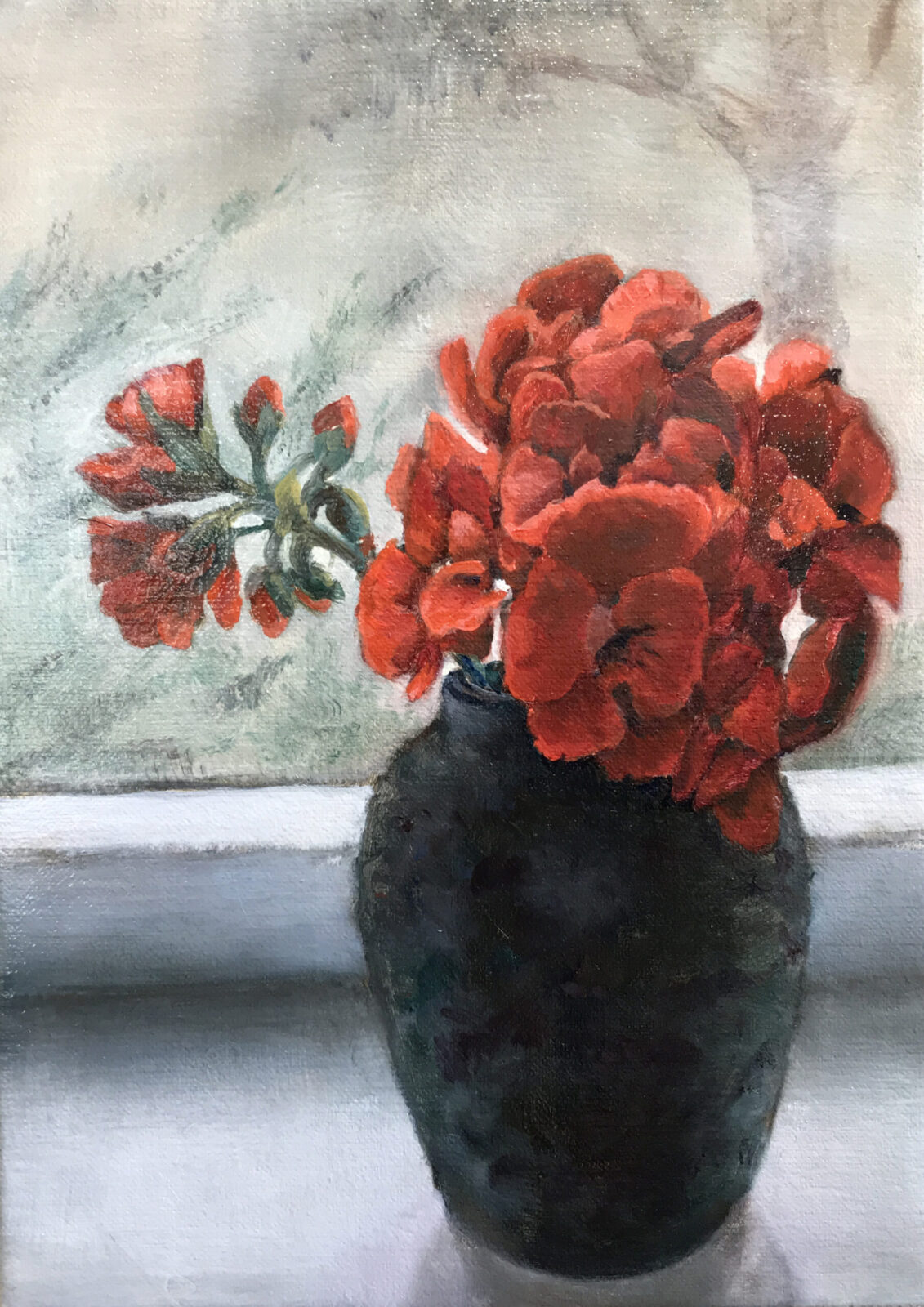 I constantly put entertaining flowers on my window sill for viewing while doing not such fun tasks at the kitchen sink. They always lift my spirits. This geranium blossom was in early April and a prize of color during the melting days of winter. 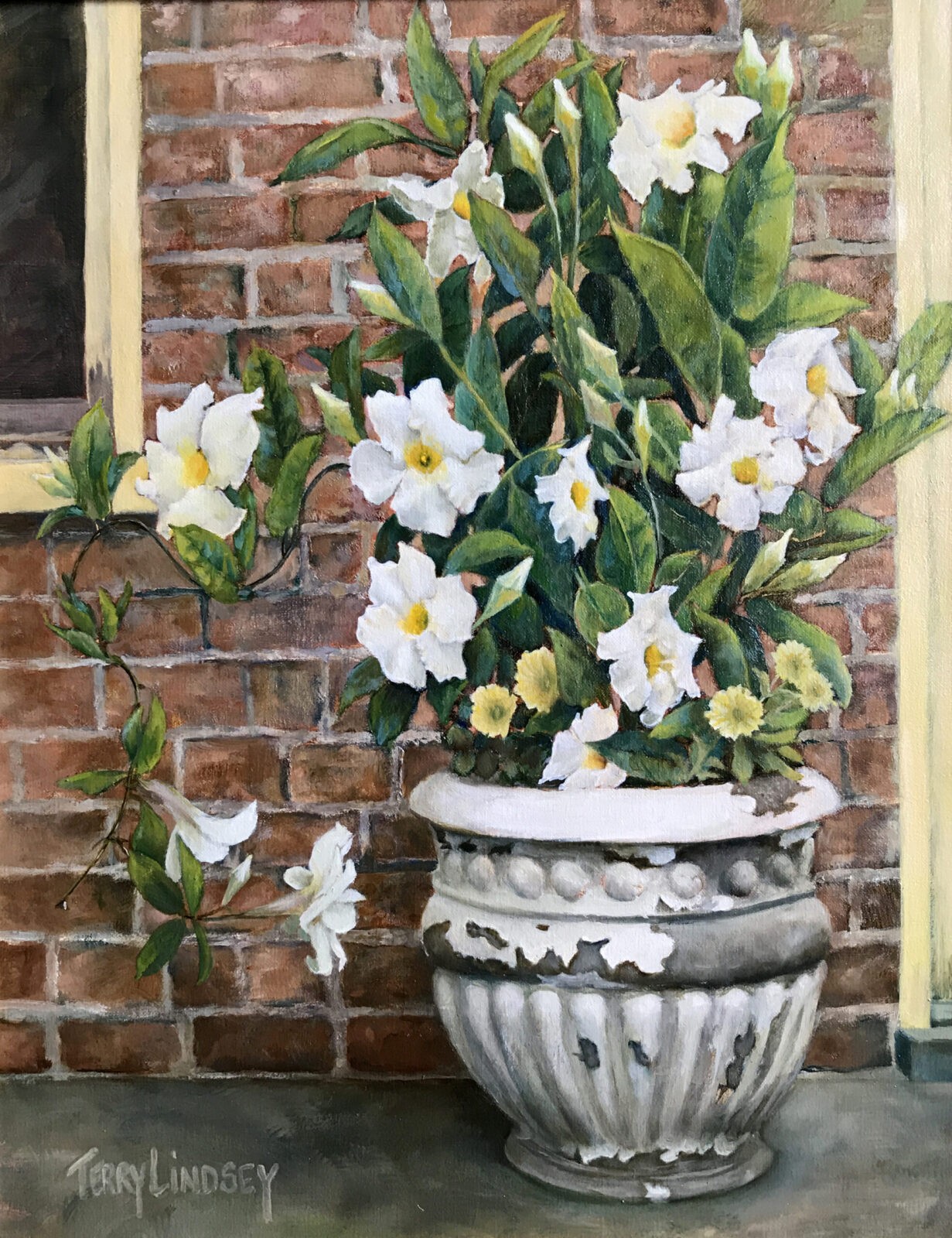 A neighbor to Tilting is Robin Lane’s Designs, with beautiful clothing creations. Her eye for design can be seen in her decorating touches to her professional presentation. I love this pot against the old brick. 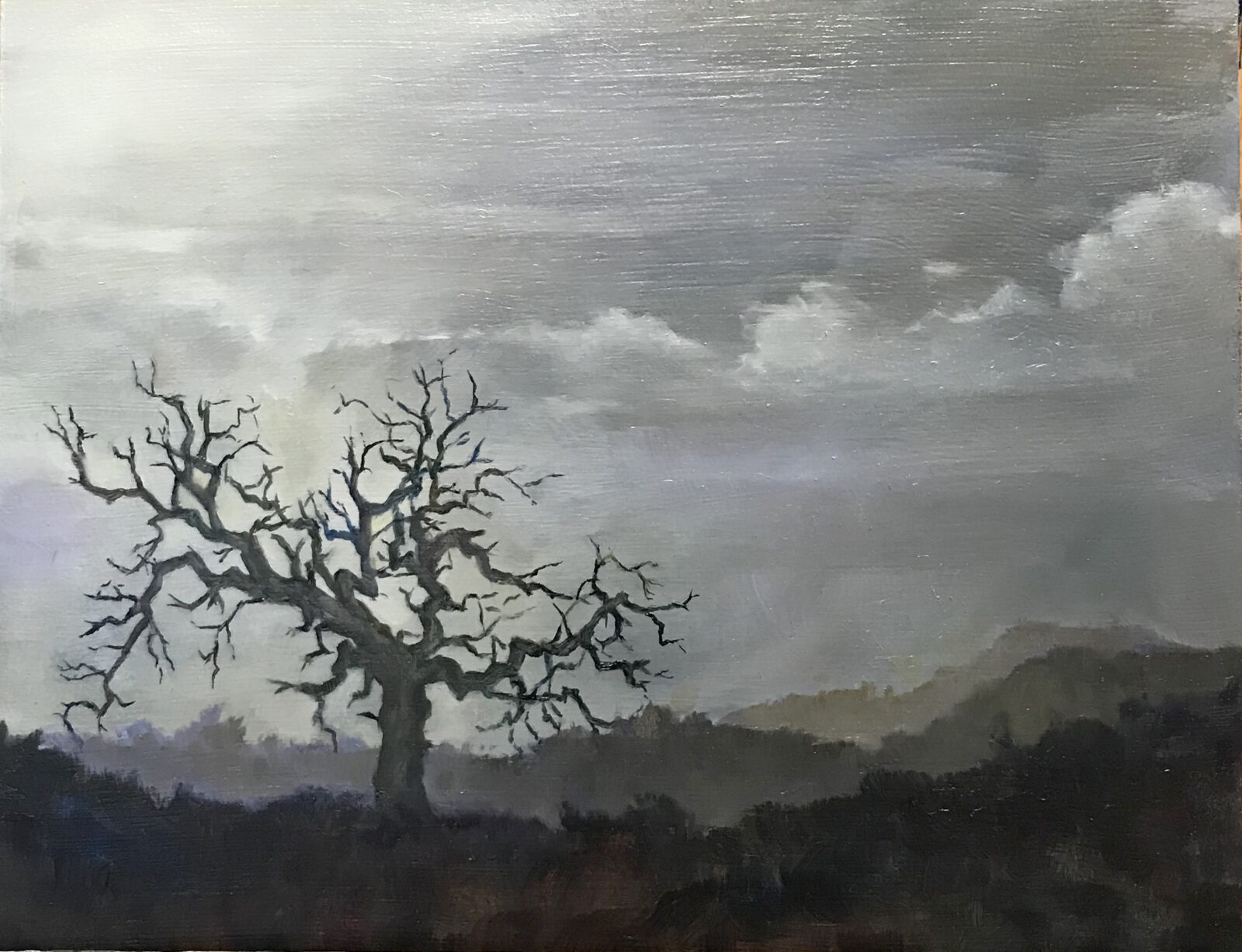 A visit down memory lane. This painting has floated in my mind for many years, along with many others. A walk with a delightful hostess thru Oxfordshire, England we came upon a view of this ancient oak in the middle of a field. 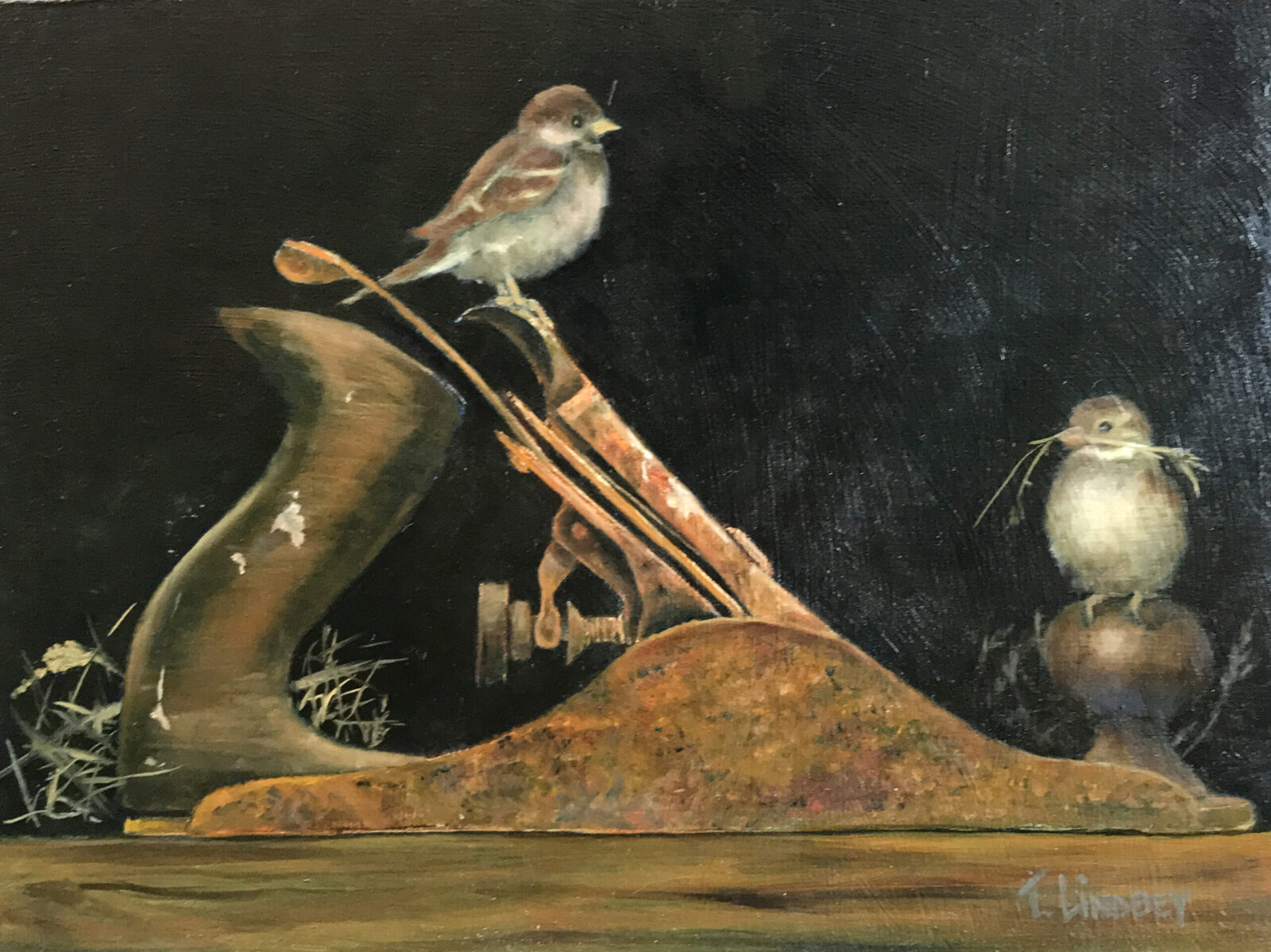 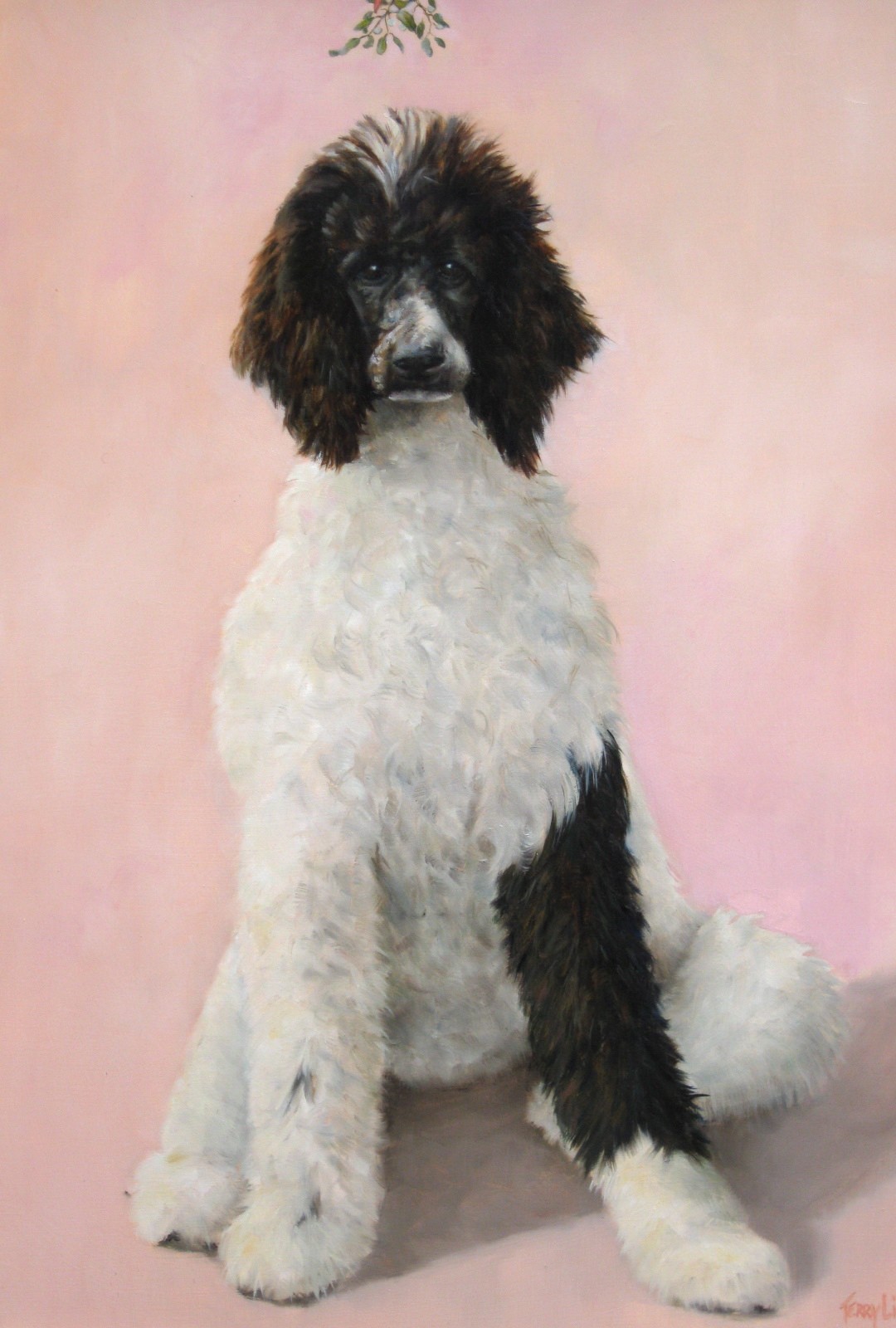 Featuring the ever-so-sweet Wren on a blushing pink canvas. 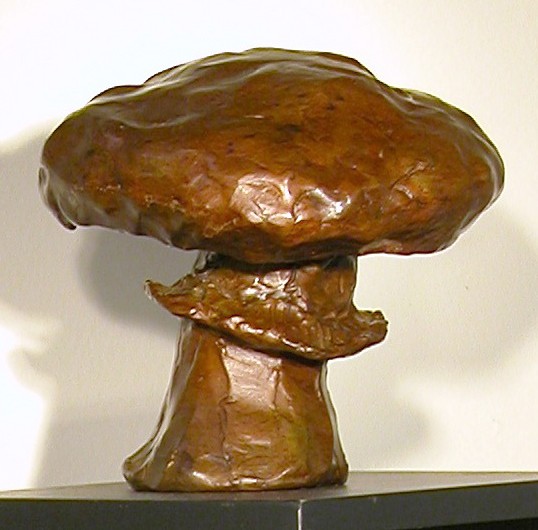 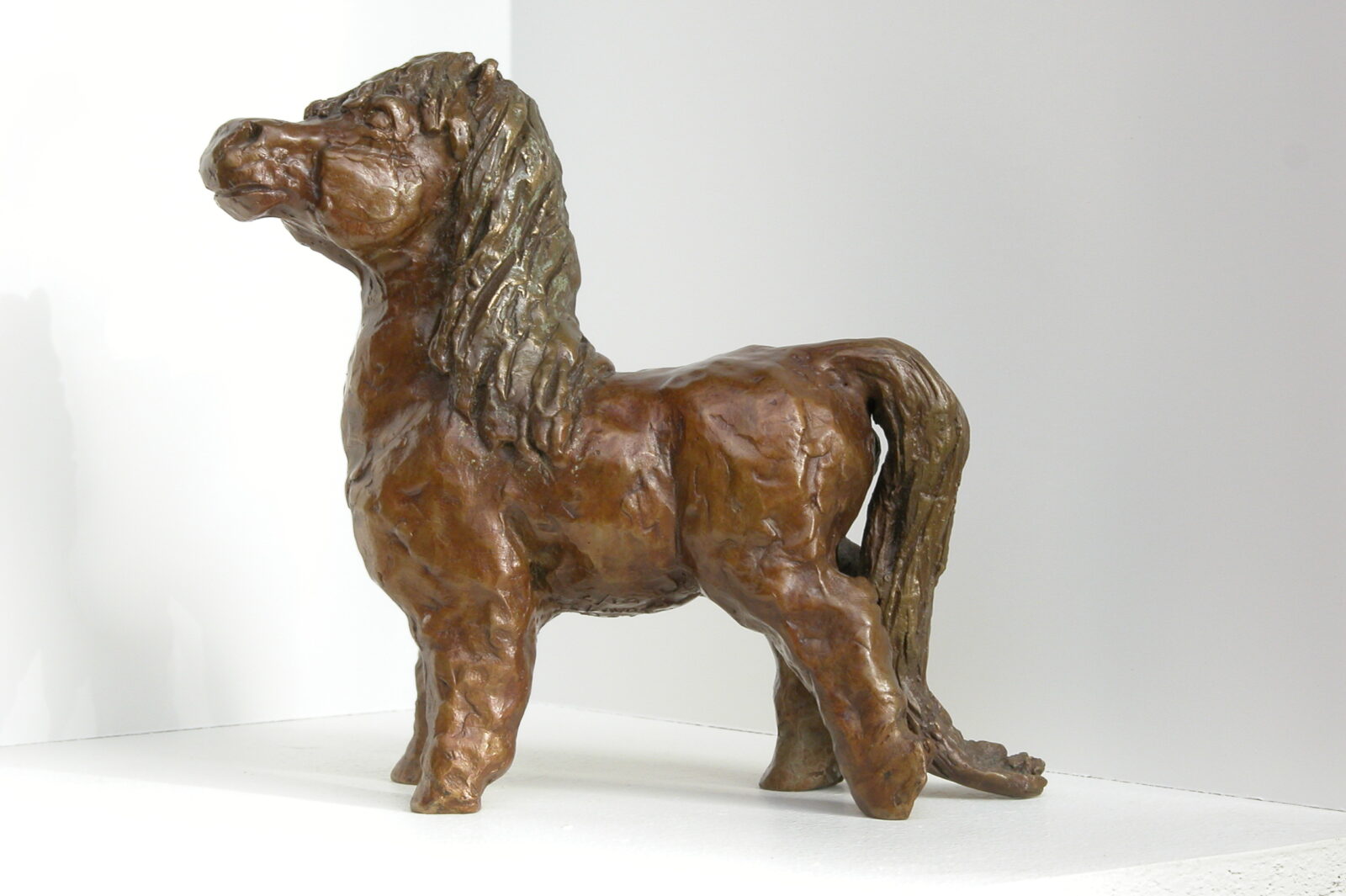 A very lucky pony looking for an enthusiastic equestrian friend! 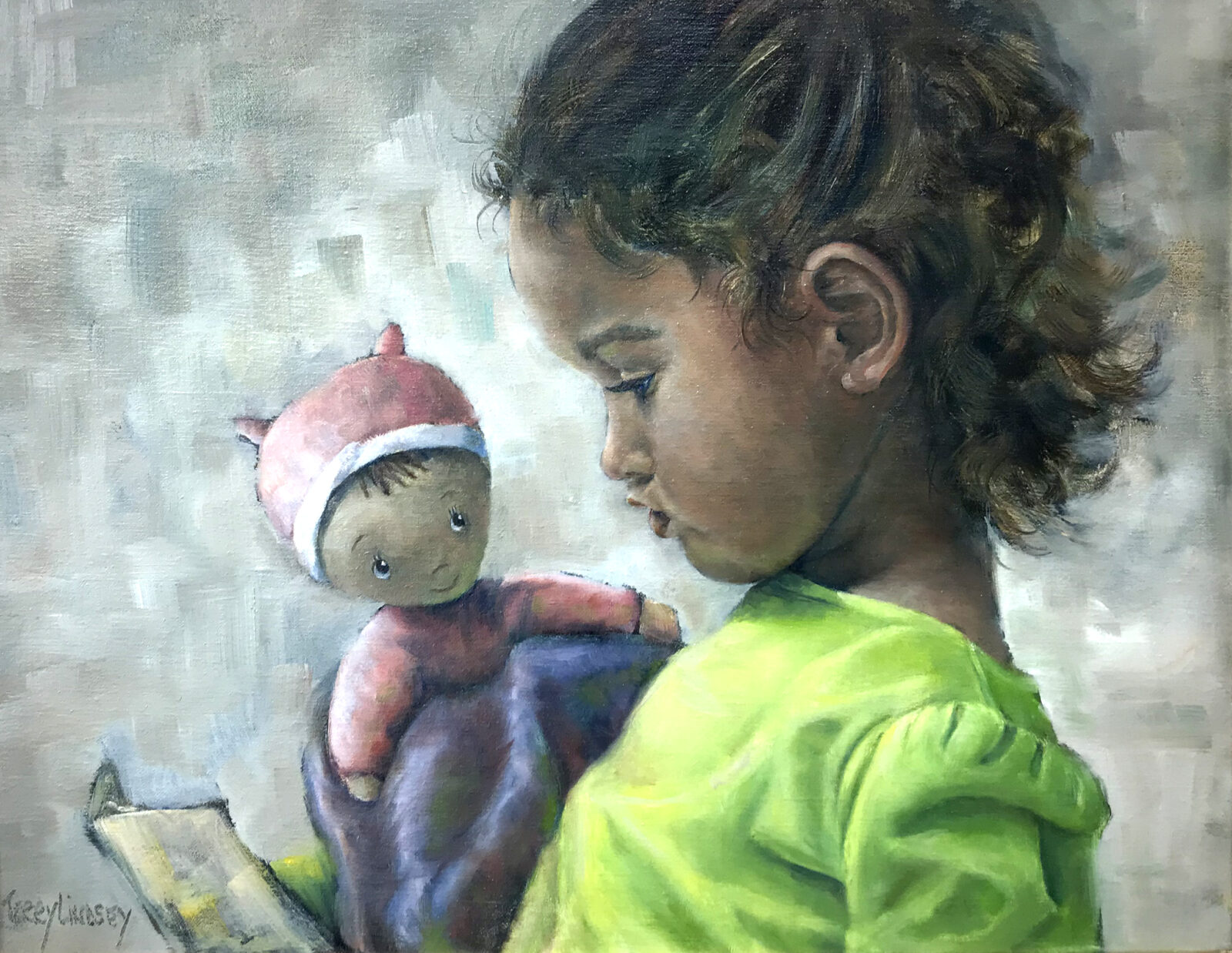 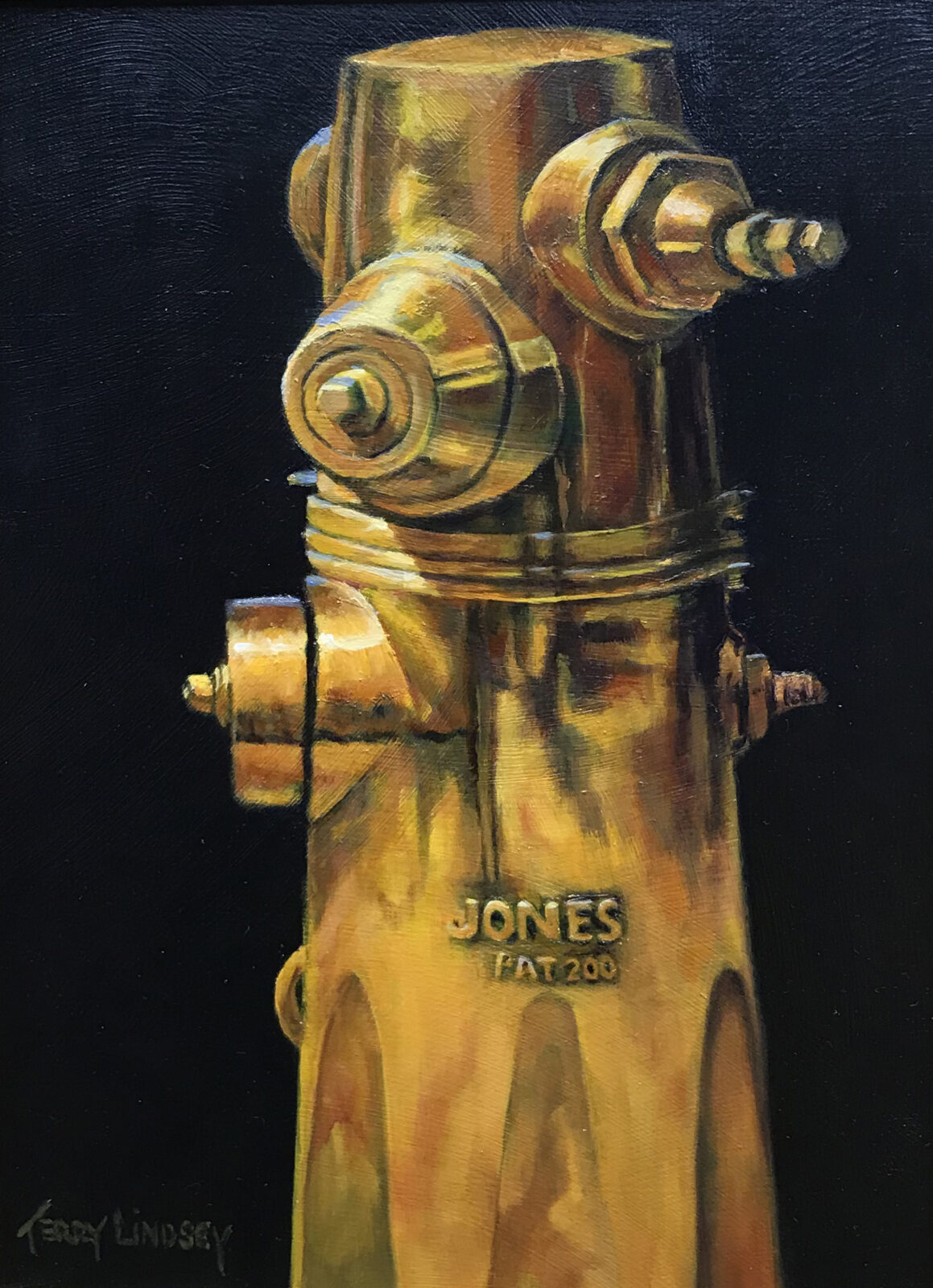 THE FIRST OF THE UTILITIES SERIES….. 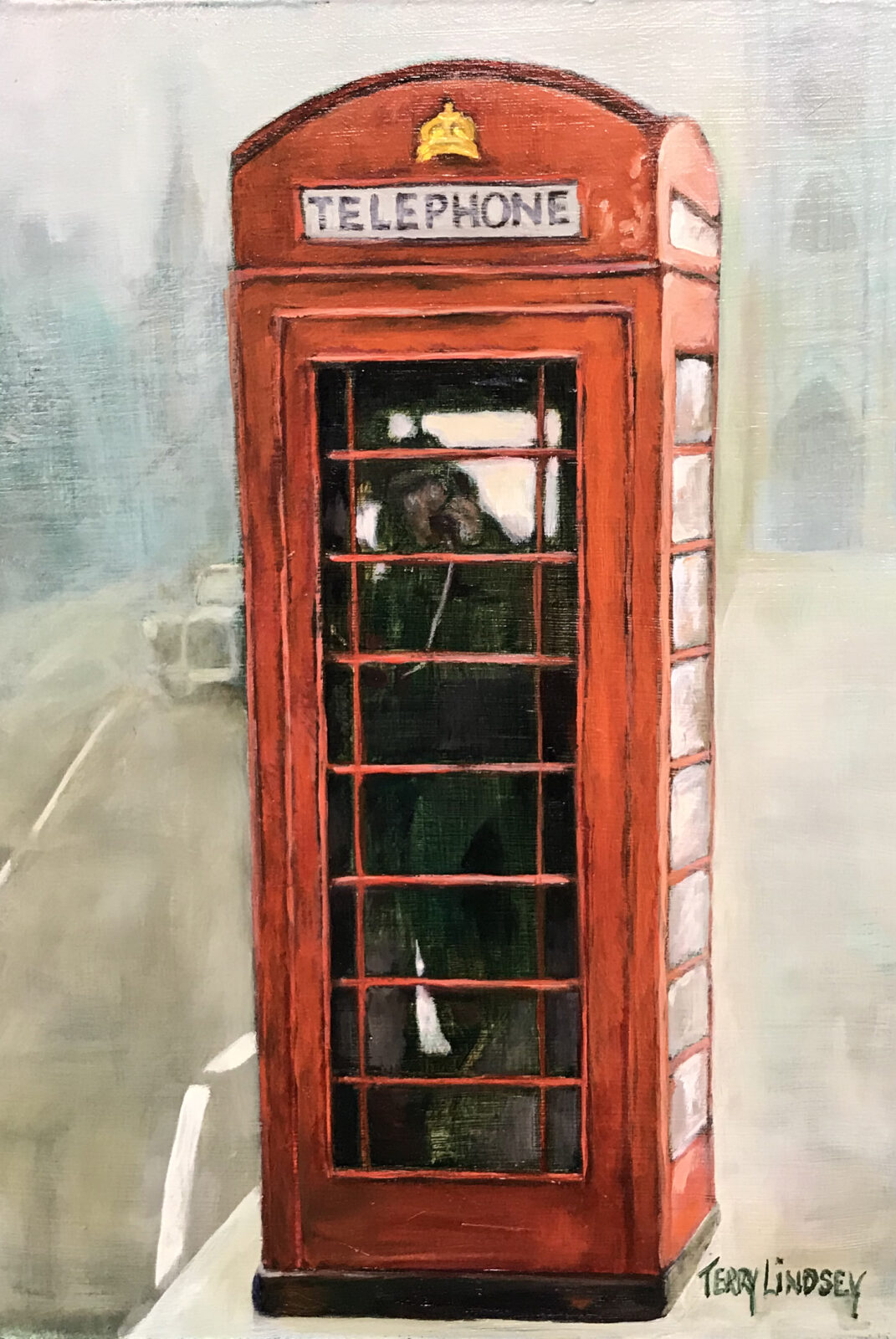 ANOTHER ‘SERVICE’ PIECE THAT MIGHT NOT BE USED AS MUCH AS IT ONCE WAS! 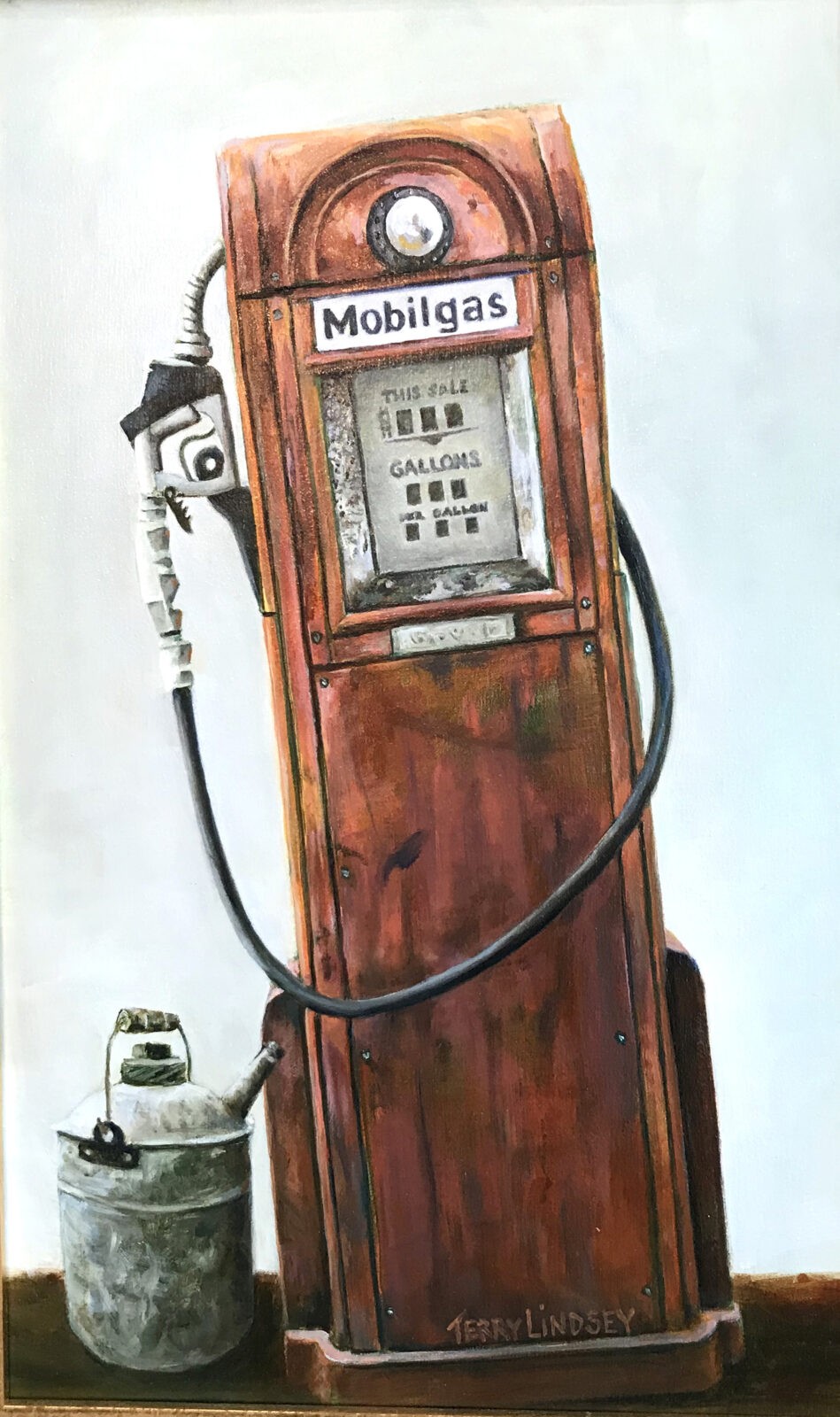 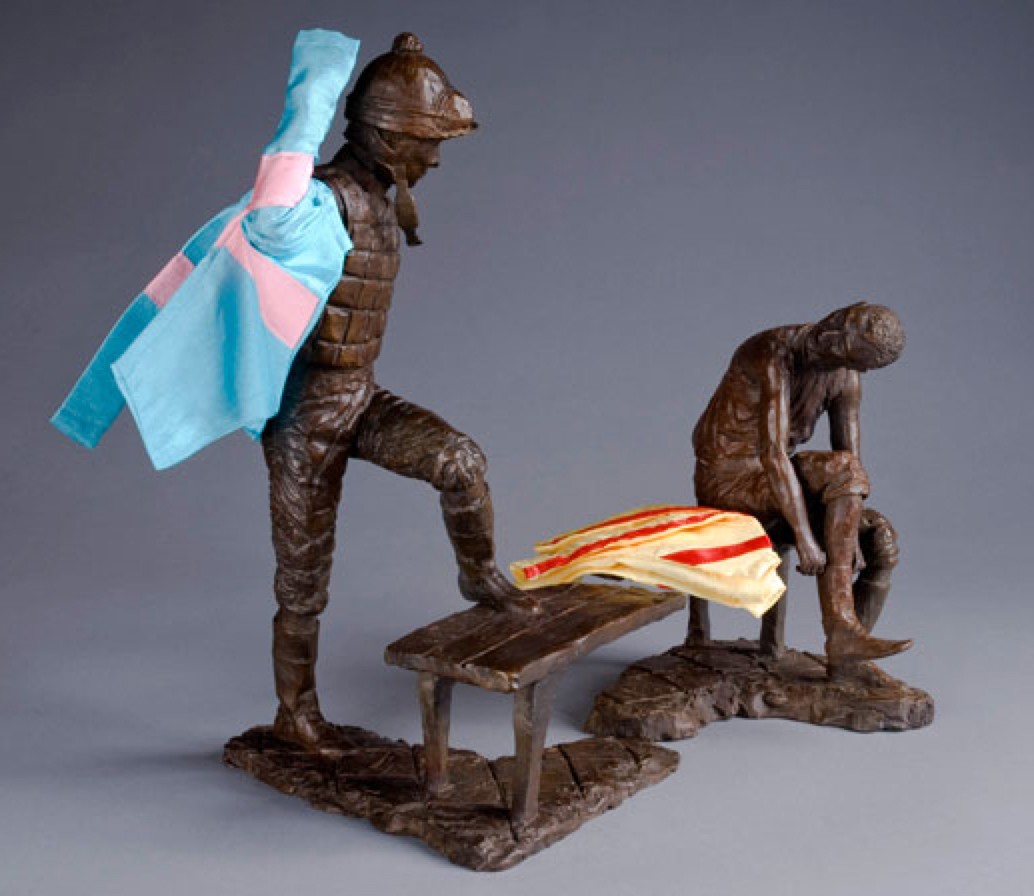 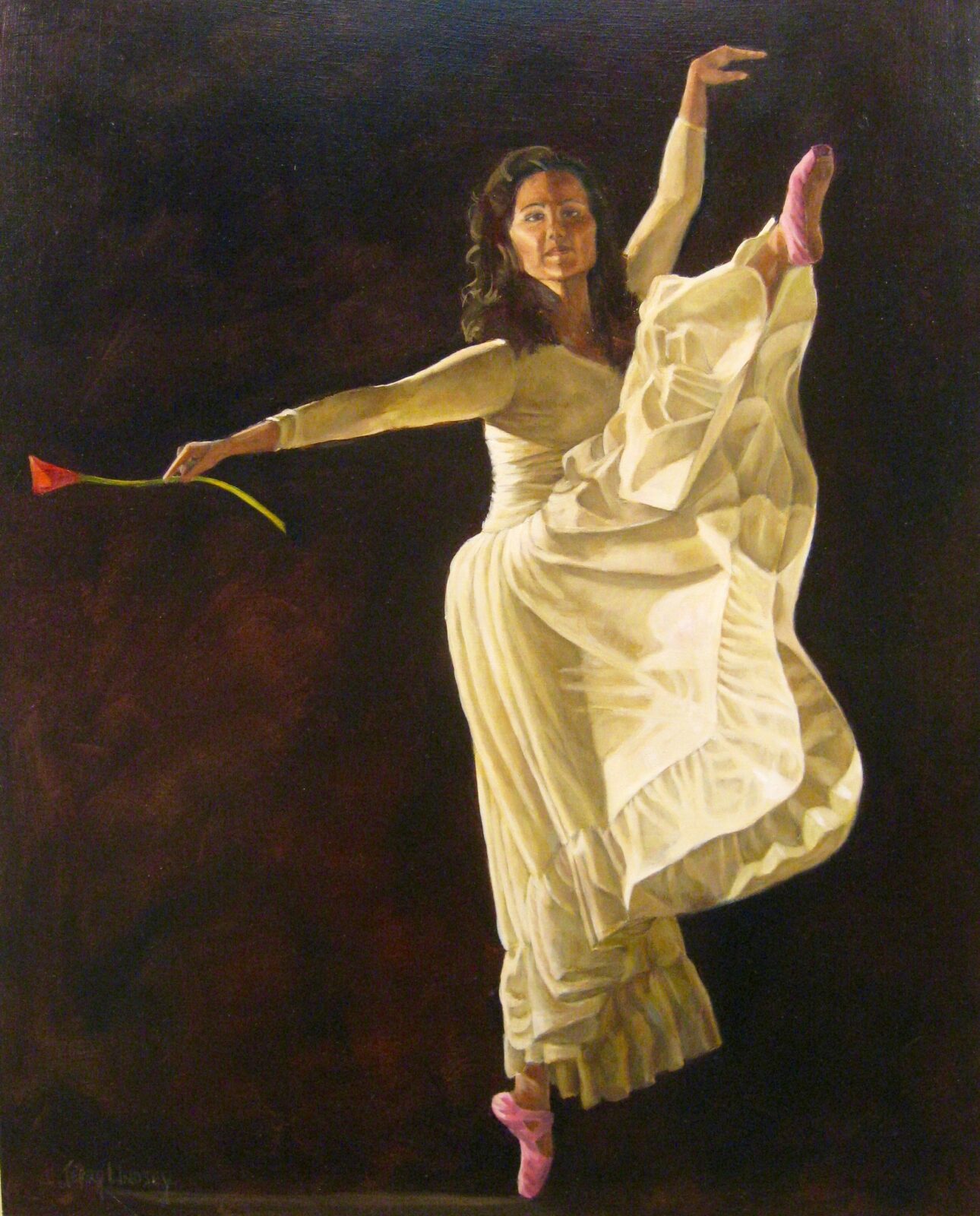 DANCE OF THE ROSE

WORN TOES AND MANY HOURS…… 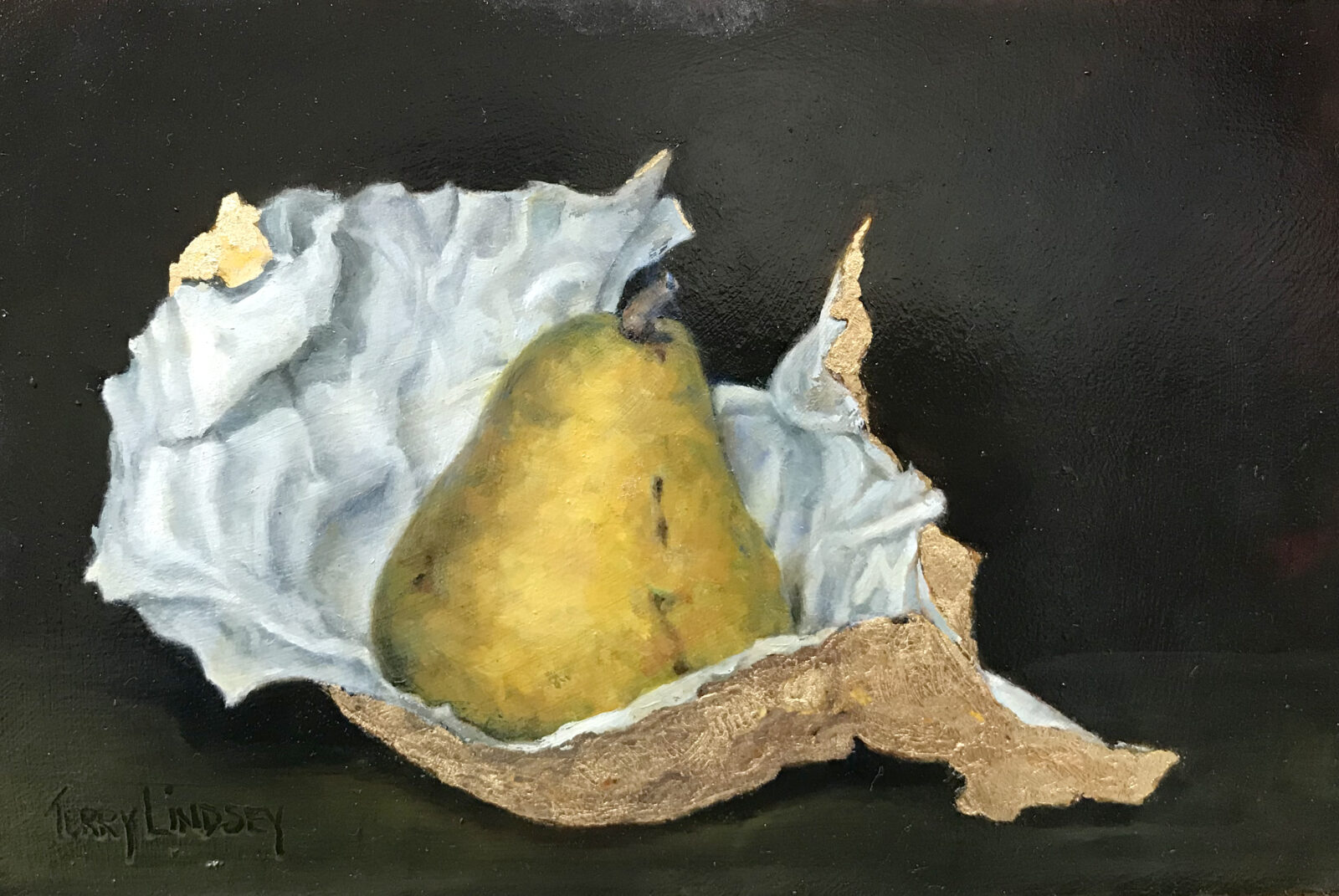 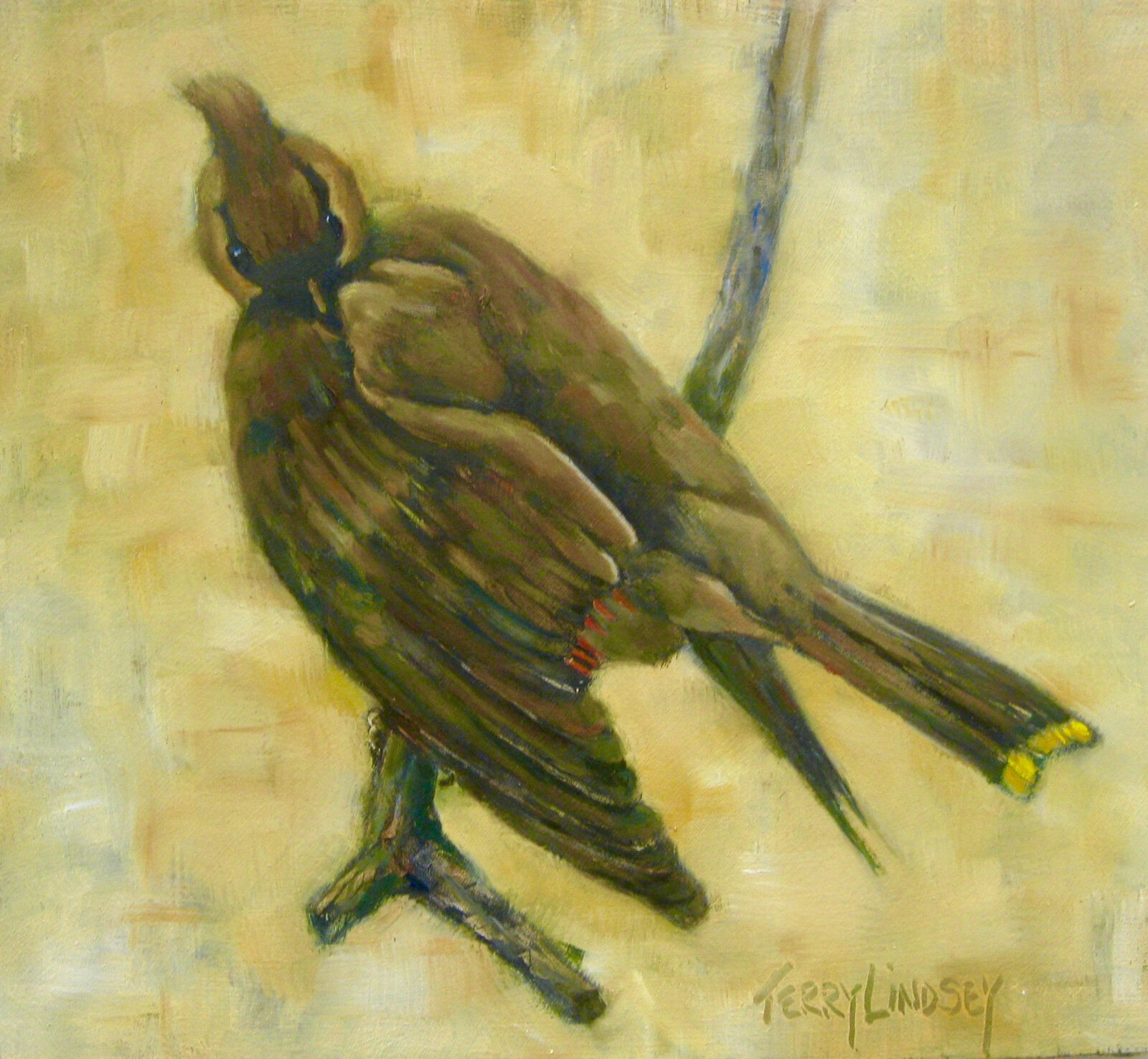 A favorite of my feathered friends! 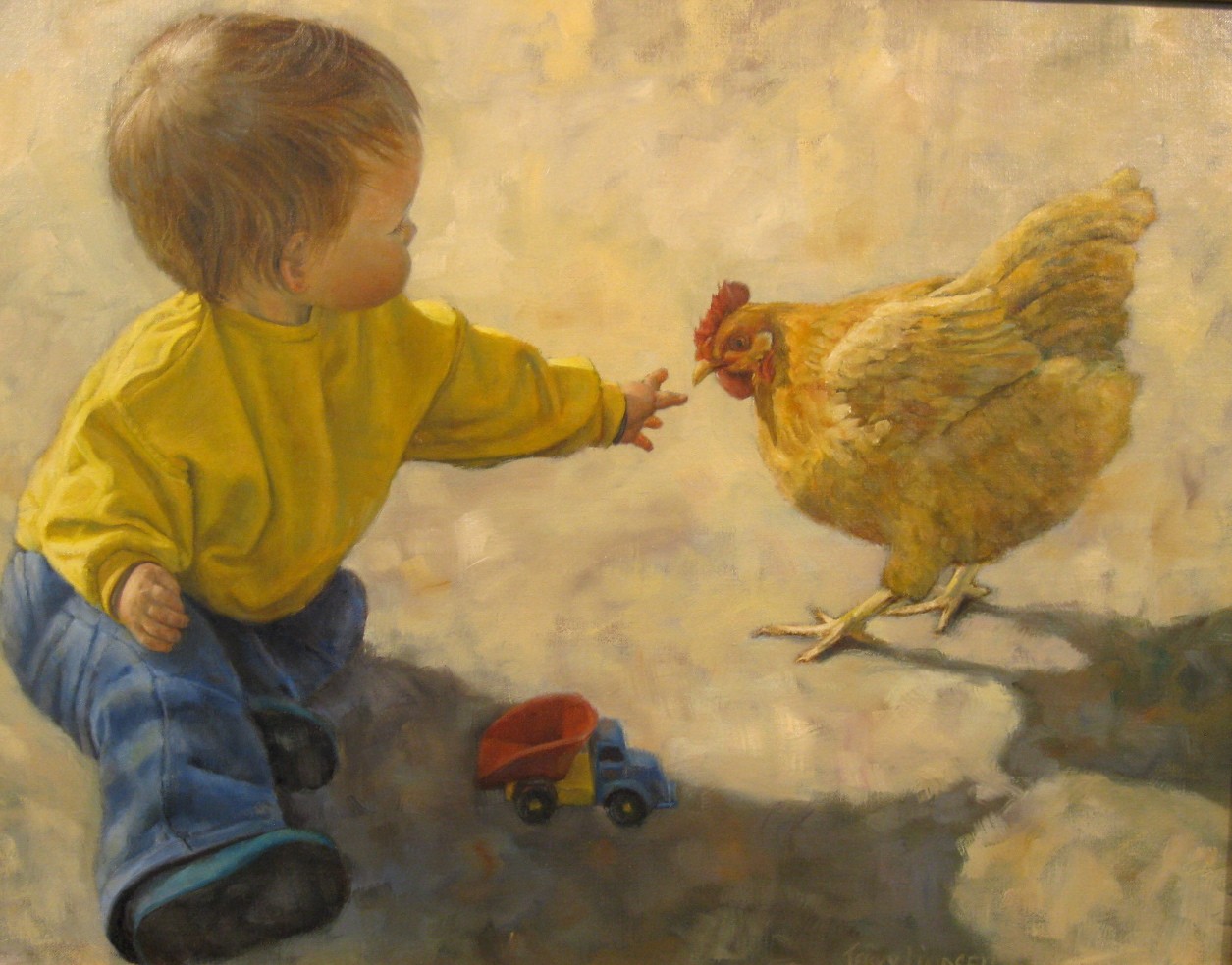 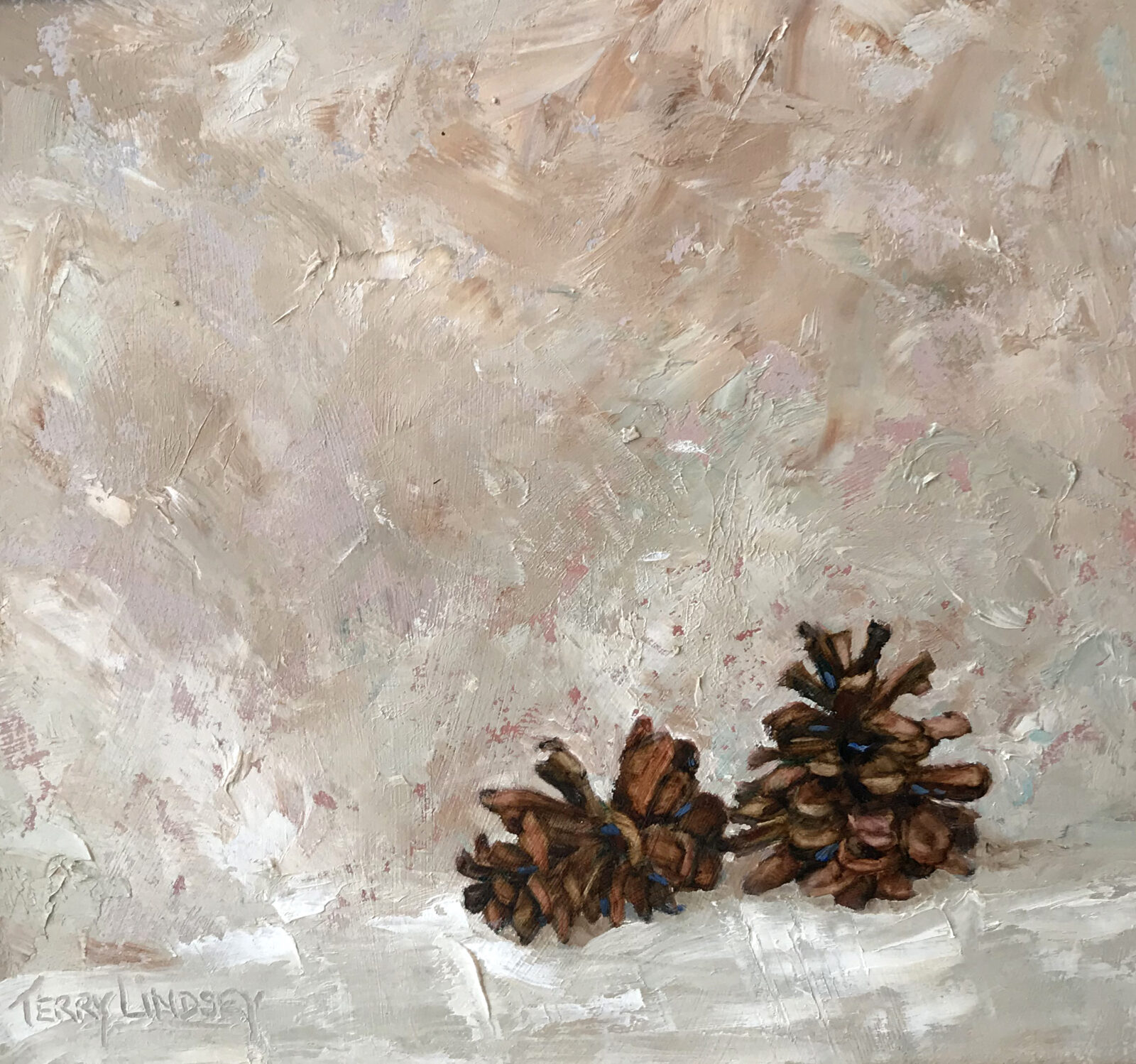 A favorite subject for me to paint and share! 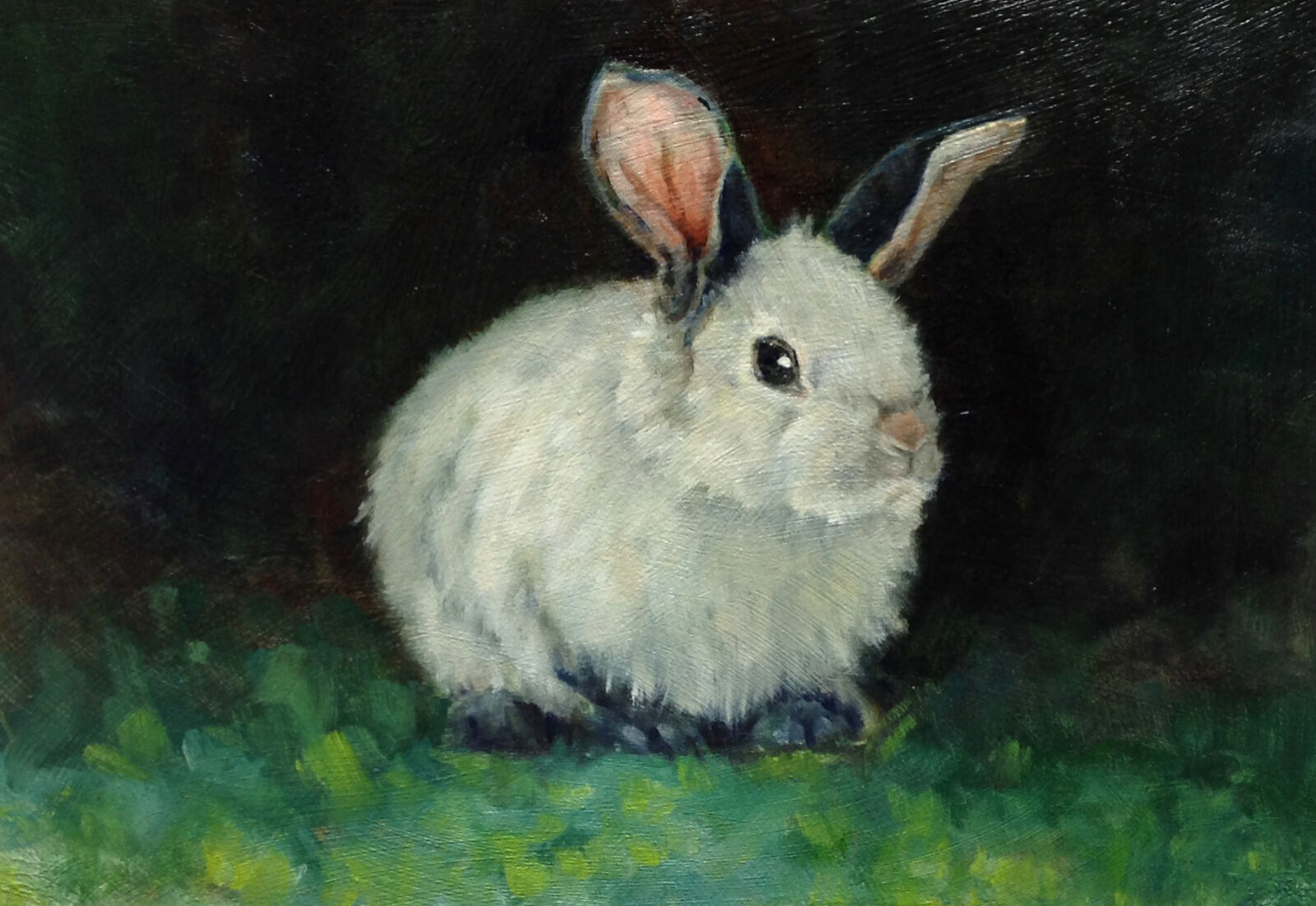 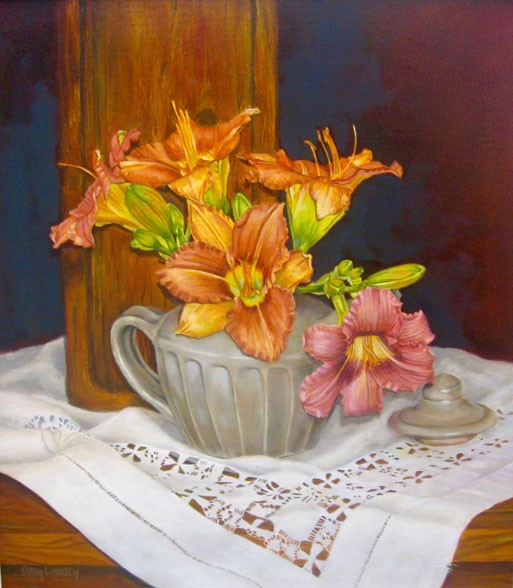 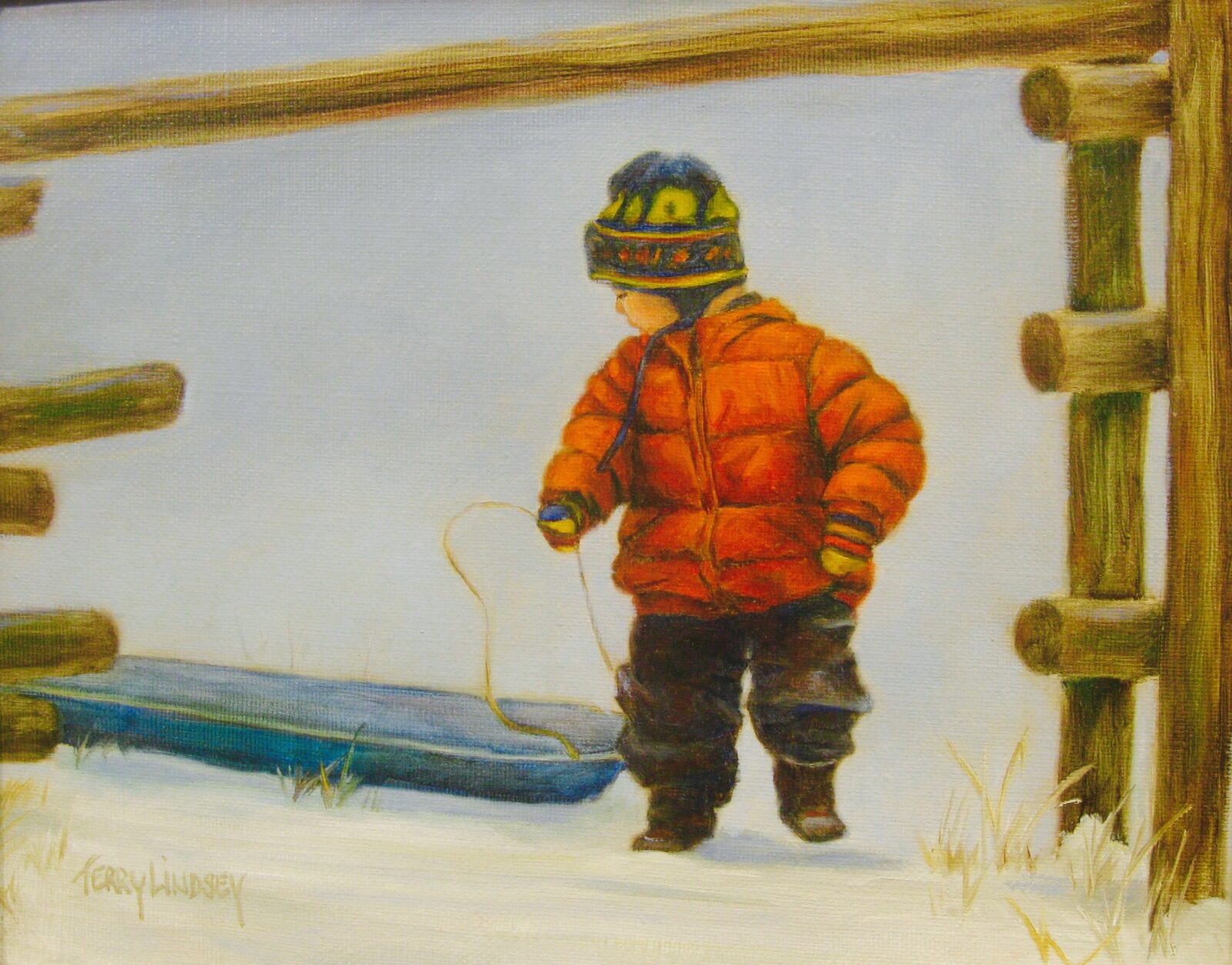 We all remember the first sled and the thrill of sliding. 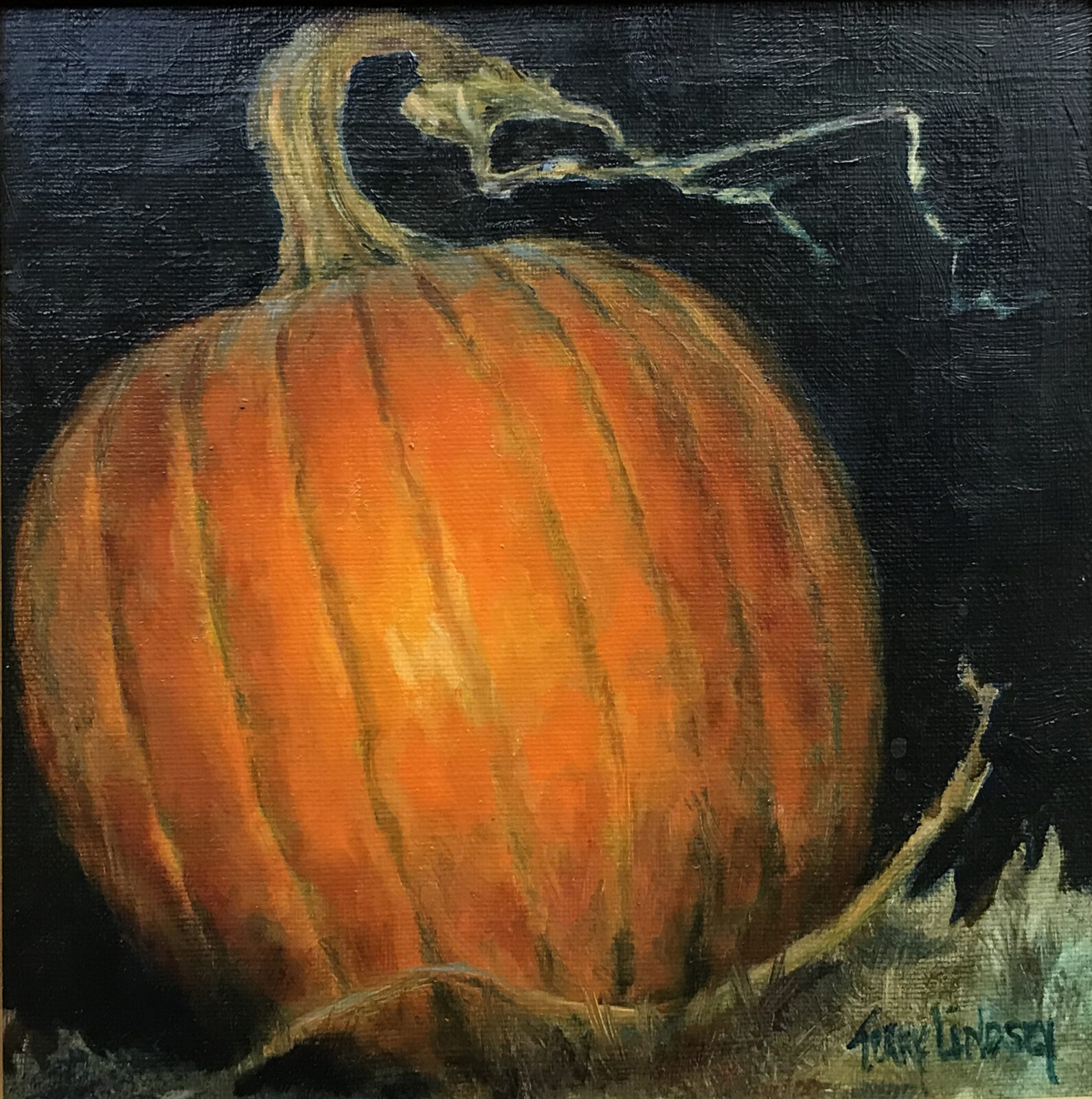