Ken Otsuka was born in Tokyo, Japan in 1944. He studied at Aoyama Institute of Fine Art.

In 1973, he came to America landing in New York City with just a suitcase and his paint-box. He then enrolled in the Art Students League of New York, where he explored and experimented with many mediums.

After an initial phase of Infatuation with things American, he began to fall back on his artistic and spiritual elements rooted in Japanese culture – The rock gardens of Zen Buddhism – leading him to reflect on life’s ephemerality and natures seeming eternity.

Artist Statement: “Giving constant thought to time has become the backbone of my art. Through observing nature, I have come to believe that time does not exist where no change occurs. Nature’s constantly changing cycles allow time to exist. When this “time” exists beyond the scope of our feeling and recognition, we tend to call it “timelessness”. I use trees and leaves and seashells as symbols of “change” or ephemeral existence. I would like to create peace, serenity and meditative space in my art through timelessness”.

Ken Otsuka is represented in America and has had many solo and group exhibitions. His paintings are in numerous corporate and private collections in the United States and Japan. 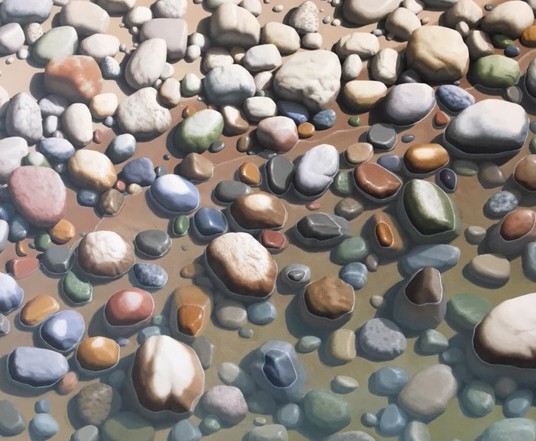 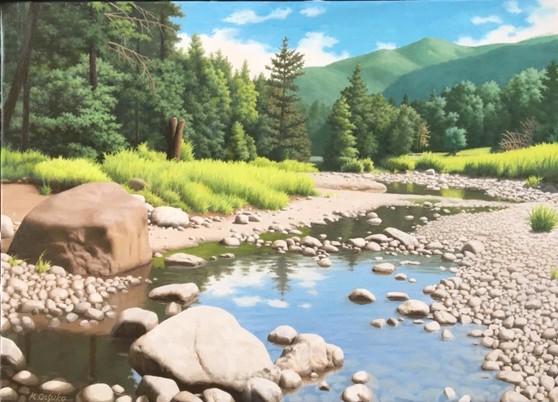 NATURE!!!! Serenity is what we all strive to have and it is right outside our door……well ….perhaps some have to travel to it. But here is a suggestion….a painting can offer the feelings of nature….every day of the year! 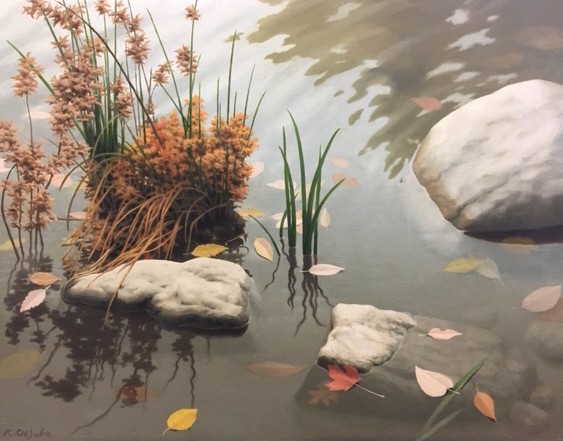 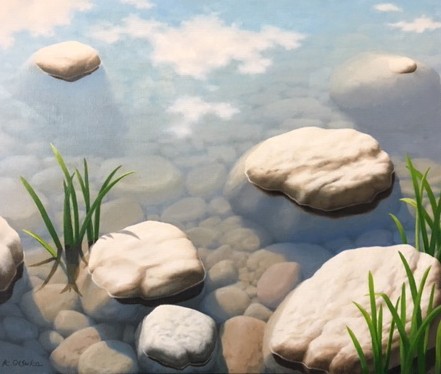 PRELUDE TO THE DAY

A very early morning stroll that is most refreshing. 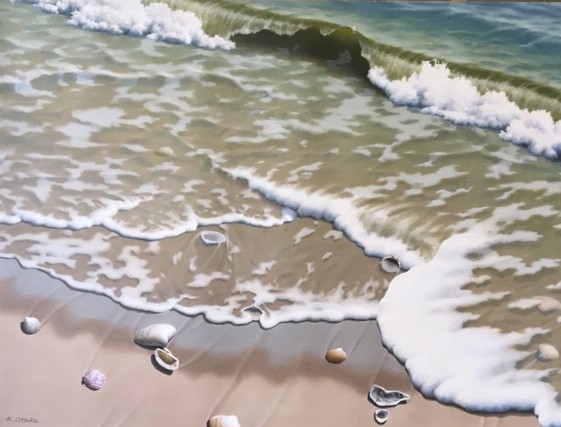 Ken’s work transports you to serene and quiet places. 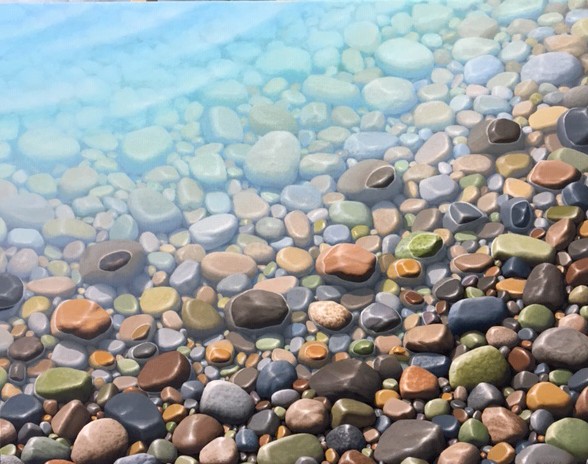 Not one is the same and offering a different story! 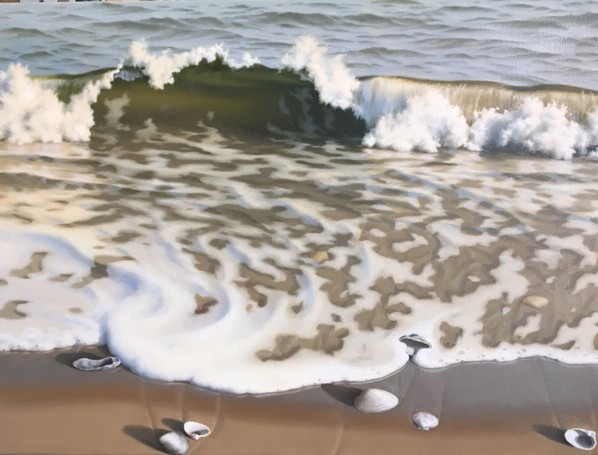 A place to put one’s feet and rid your cares. 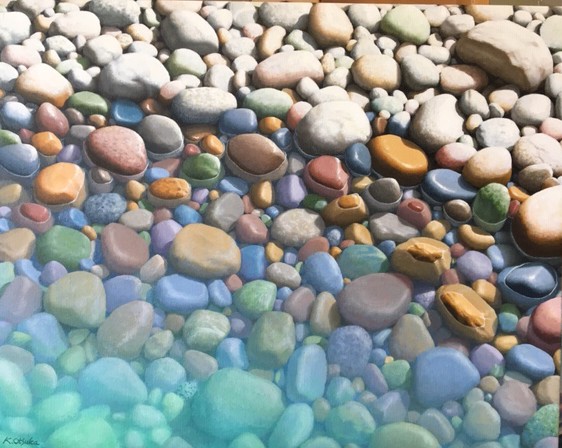 Shoreline walks with surprising colors that entertain with each wave. 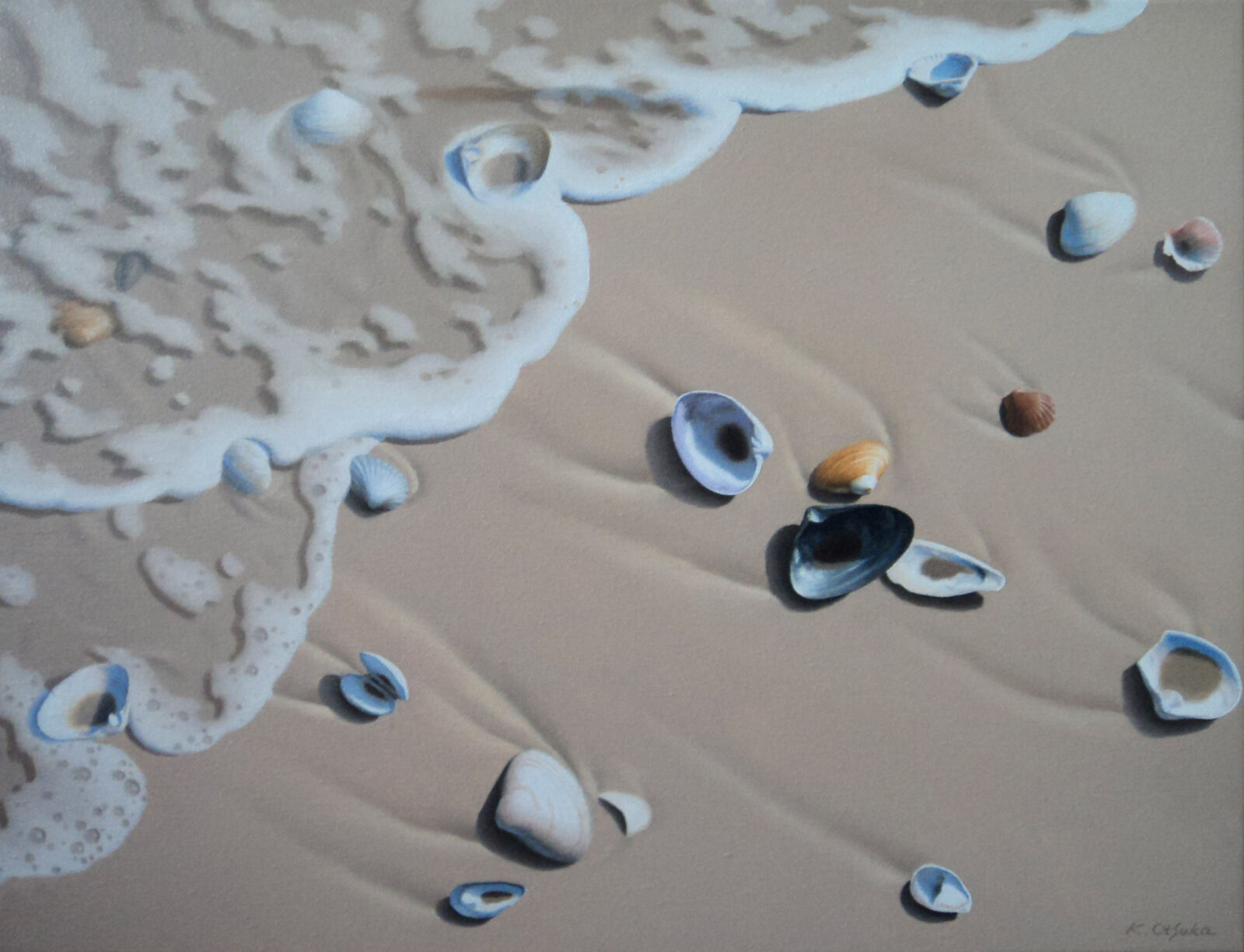 Ready for a walk on the beach? 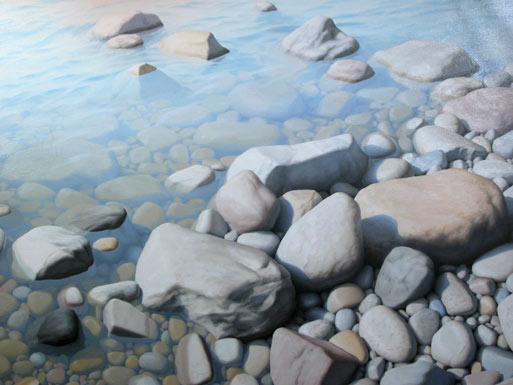 Anyone who finds enjoyment collecting shells at the beach or pebbles at the brook will find this piece a peaceful painting to view! 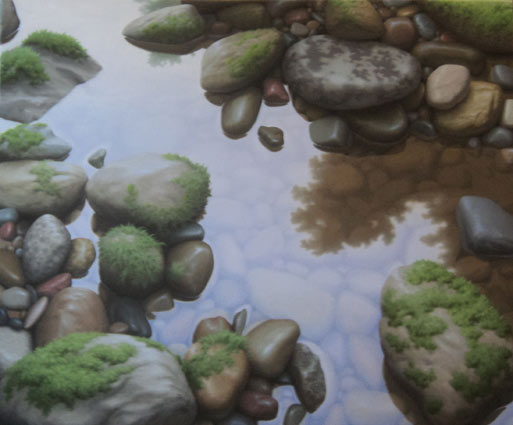 PAUSE AFTER THE RAIN 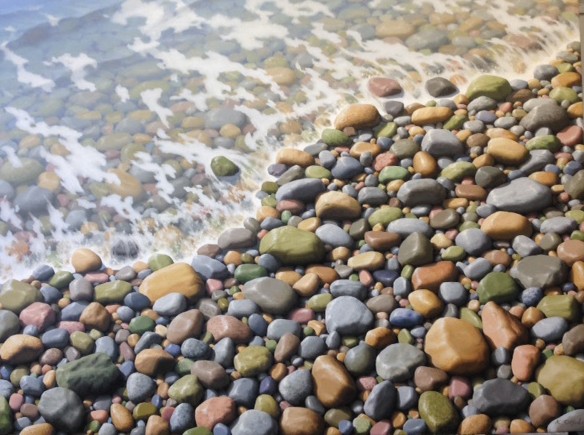 Ken Otsuka has a subtle way to bring peace to his viewer. 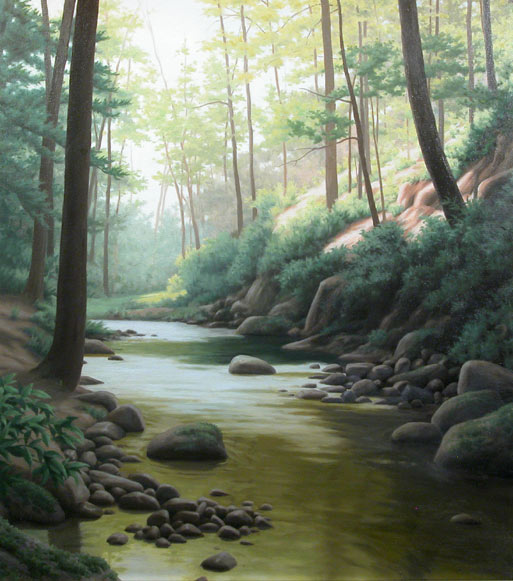