When asked about the early stages of being an artist, Zimmerman says that as far back as she can remember she wanted to make things and she saw the world in a different way. Abstract forms seemed to be expressed everywhere from the textured walls of her bedroom, to the spots on her dabbled, grey pony.

This way of seeing was noticed throughout school, where Zimmerman excelled in all of her art classes. One exception may have been in kindergarten. The only time she ever got in trouble in school was for flipping over her finger painting so she could do another one on the backside of the paper. She remembers,

“My teacher wasn’t really mad, being a very nice person, but just told me to ask for another piece of paper next time as we watched the paint drip onto the floor. When my teacher told my Mom about it later, they laughed and agreed that I was going to need a lot of art supplies. Now I laugh and think, they certainly were right.”

I inquired if there was someone or something that made her want to be an artist? She replied:

“I am often asked if there was a person or event that made me want to be an artist but I think it was just a part of who I was. I never really thought that I was pursuing Art as a profession until later on when my Mother asked me what I wanted to take in college? I wasn’t so sure I wanted to go to college but told her the only thing I was interested in was Art. This was not surprising to her but not very practical in my parent’s minds. They worried about the trials of living an artist’s life but they sent me on my way anyway.”

There were no artists in Zimmerman’s family tree but her grandfather and father were both very good woodworkers. Her father’s mother was a fine seamstress, quilter, and did needlecrafts of all kinds. Zimmerman’s mother’s mother and mother were teachers who both played the piano and enjoyed the performing arts. Her mother’s father became a doctor but was from the Misner family, who ran the famous performing arts school. So there was a respect for craftsmanship and the arts, but no artists per se’.

Zimmerman did decide to go to college right out of high school choosing a mountain school that offered Art as a major, Western State College in Gunnison, Colorado. She attended this college for one year but then decided to transfer to a bigger university, Colorado State University in Fort Collins, Colorado because it was closer to home. While she received high grades in all her art classes at both schools, she withdrew before she graduated due to her mother’s health.

This is when Zimmerman began a more practical line of art study, she says. She started working for the bronze-casting foundry, Art Castings of Colorado in Loveland, Colorado. There she learned all aspects of the ‘lost wax method of casting’ such as mold making, wax pouring, welding, chasing, etc. While she was receiving this hands-on education, she began creating her own cast bronze sculptures. This led to the creation of a life-sized piece titled Melody, which was purchased by the Loveland High Plains Arts Council. It can be seen in the renowned Benson Park Sculpture Garden in Loveland, Colorado as part of their permanent collection.

The white patina on these two bronze pieces are aptly named. They appear to be in the moonlight in conversation. The lines and angles promote the softness of their hair in a novel way. 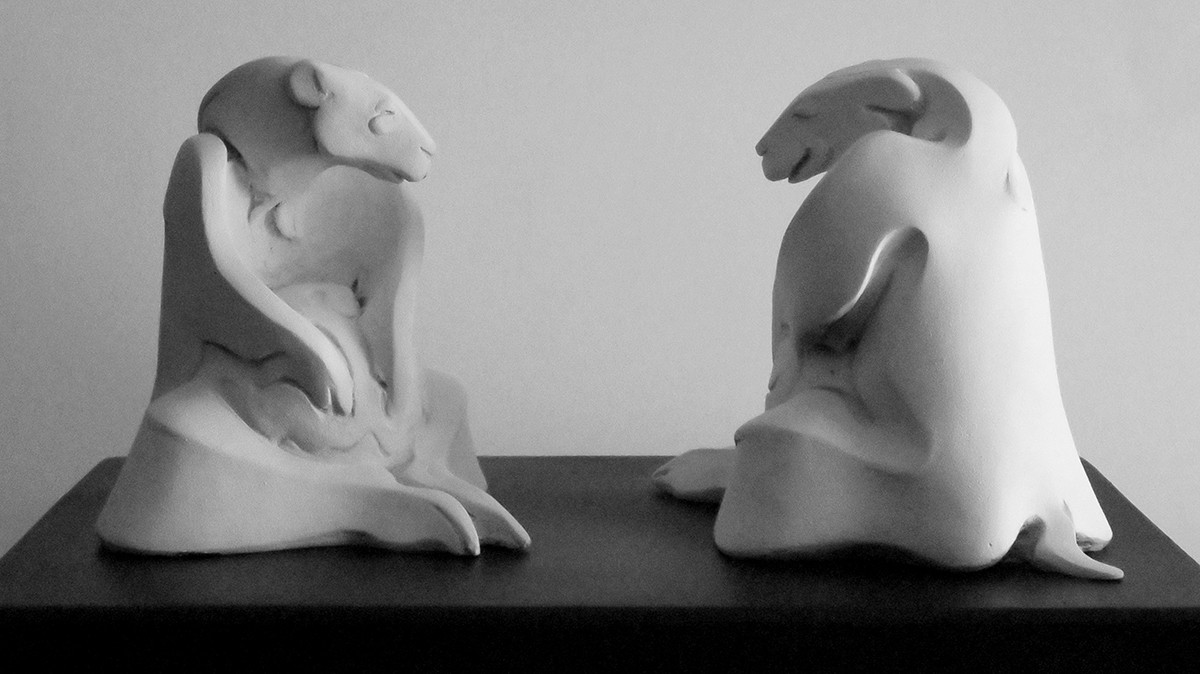 Surprise. Two Bears in a patina of white white. Why do polar bears come to mind??? 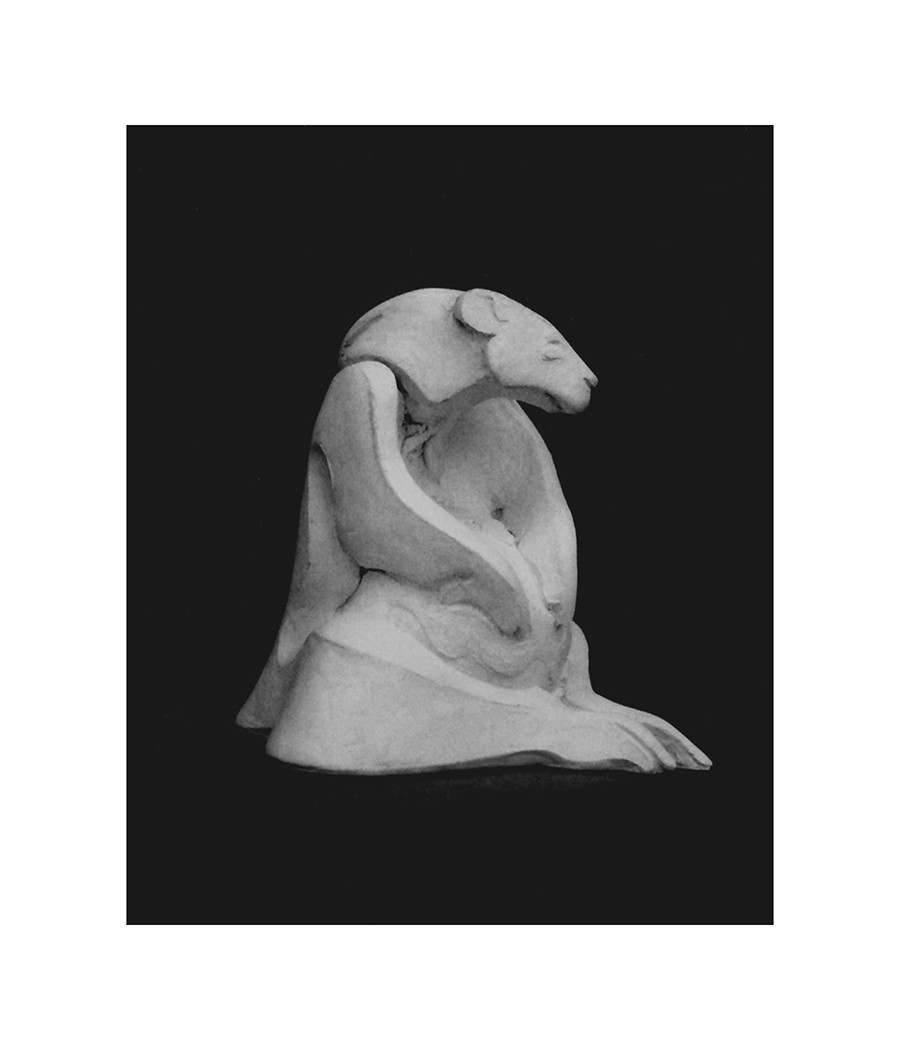 A single bear without the cost of a bronze 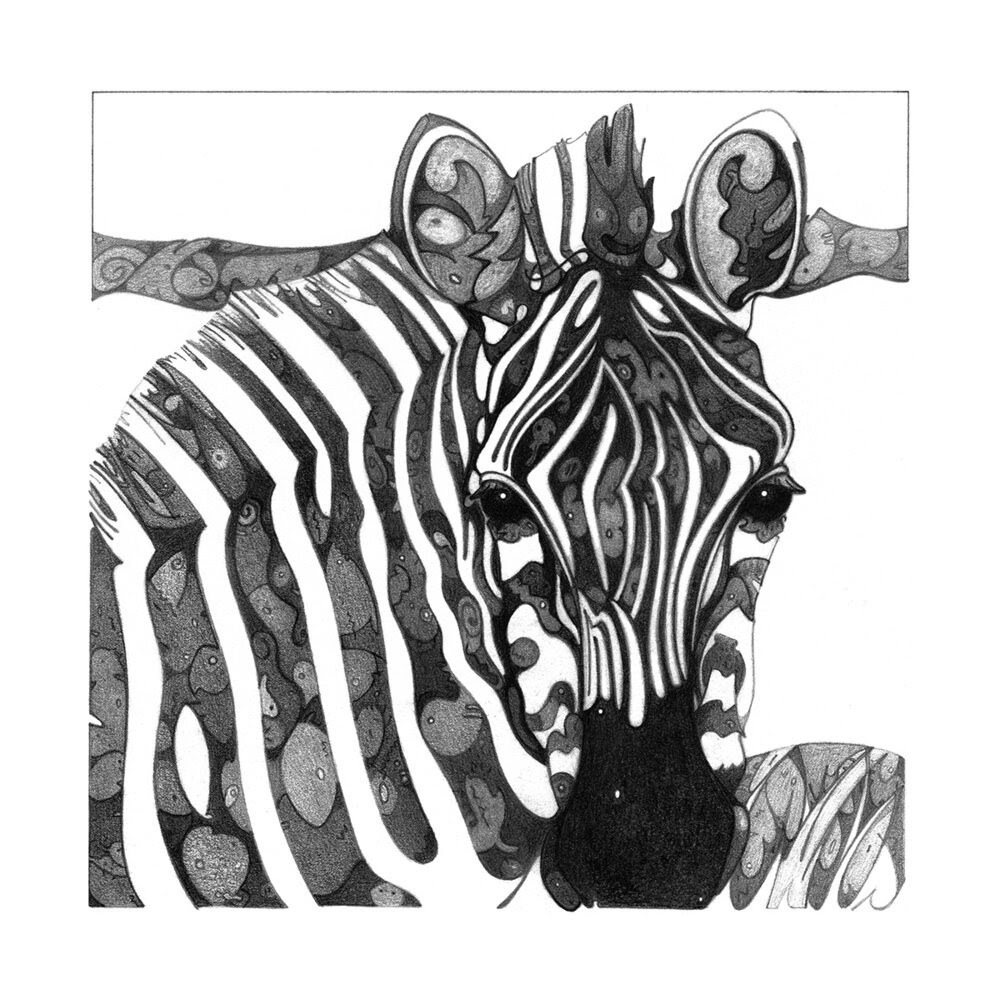 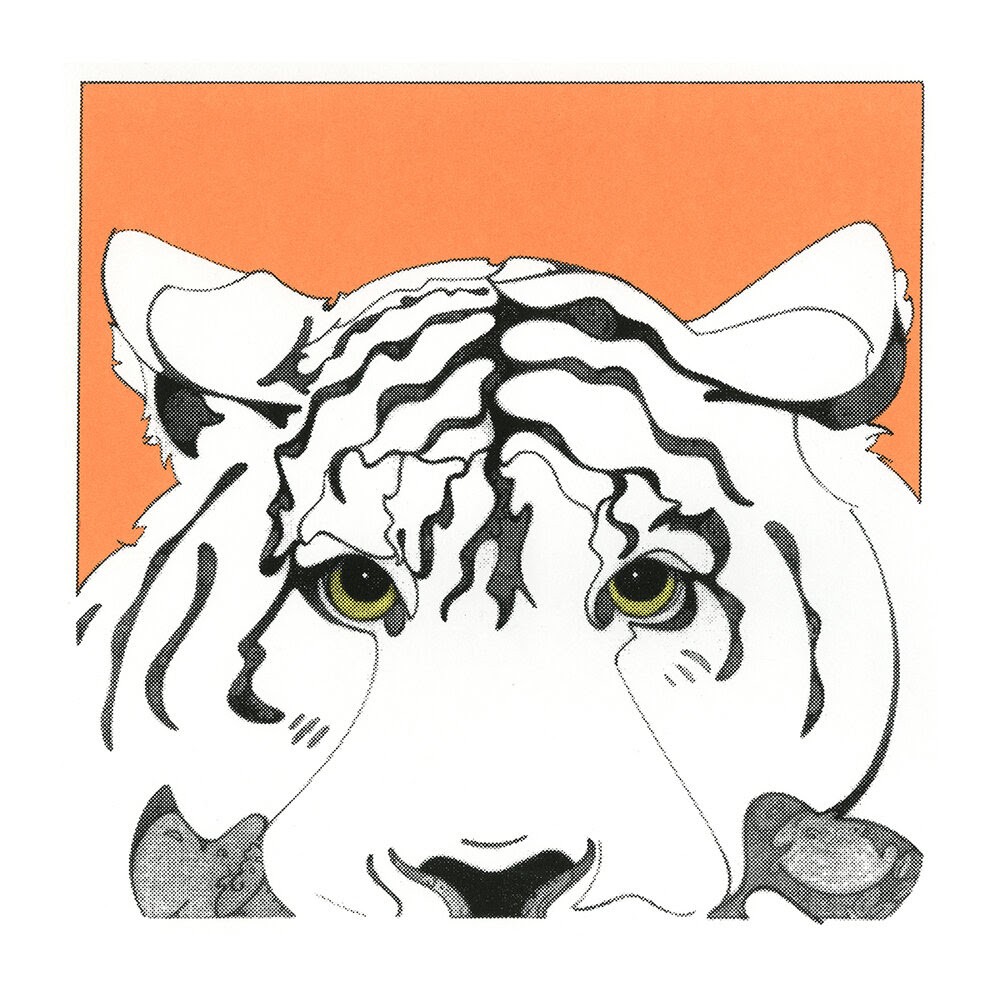 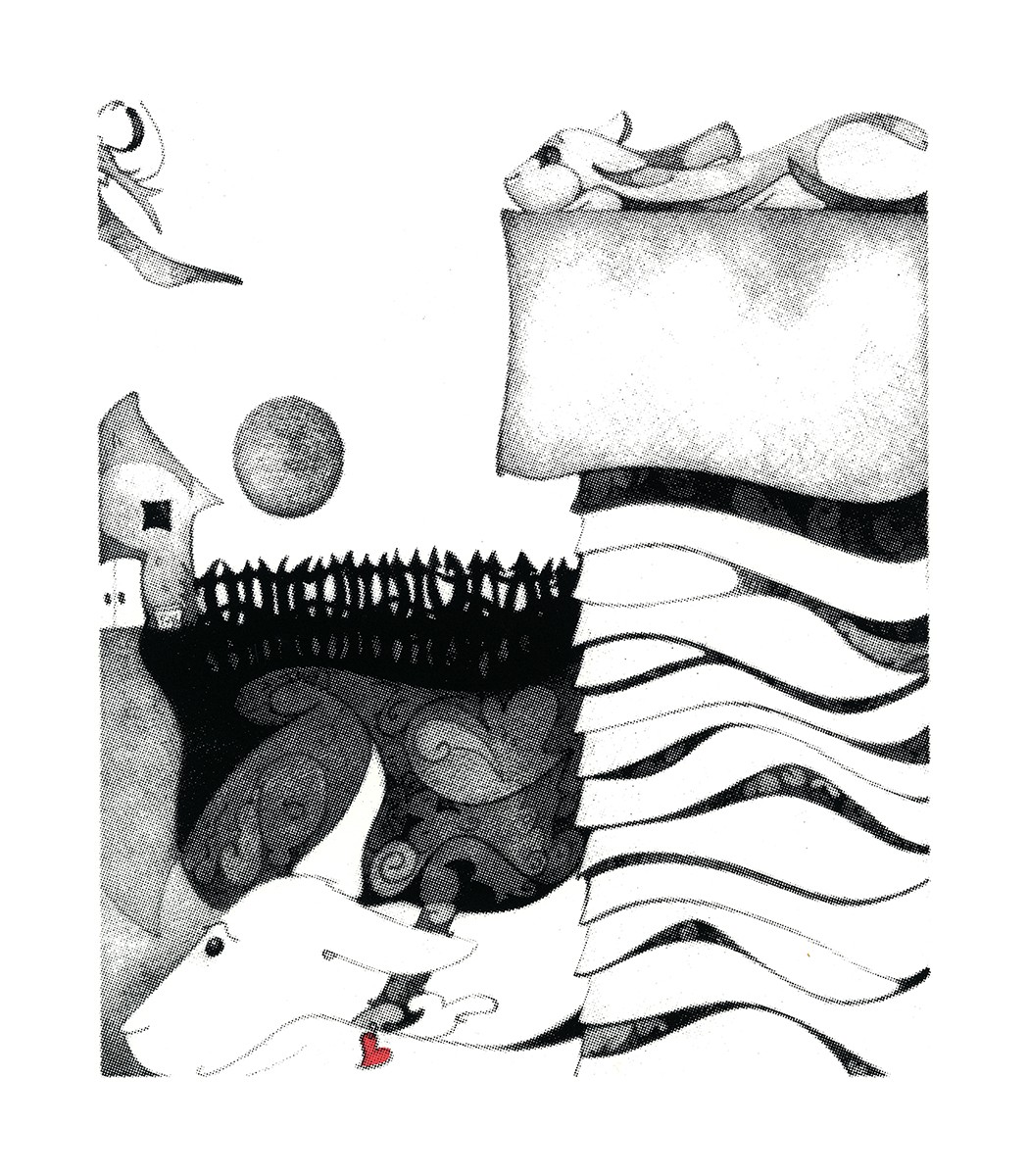 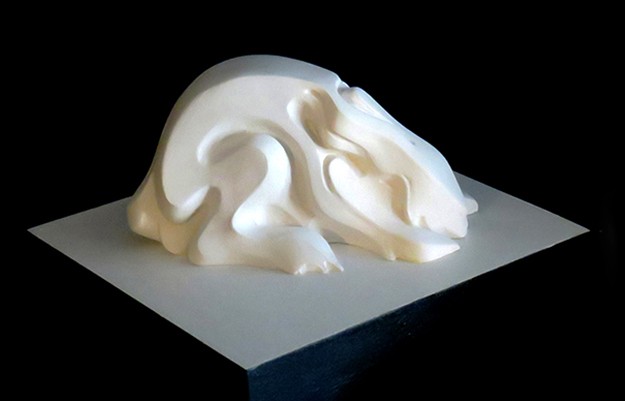 Kathleen Zimmerman
Price: $700
Medium:Plaster
Size:  6″ x 8″ x 8″
A less expensive investment then the bronze and still the feeling of the hunkered down bunny that you wish to stroke. 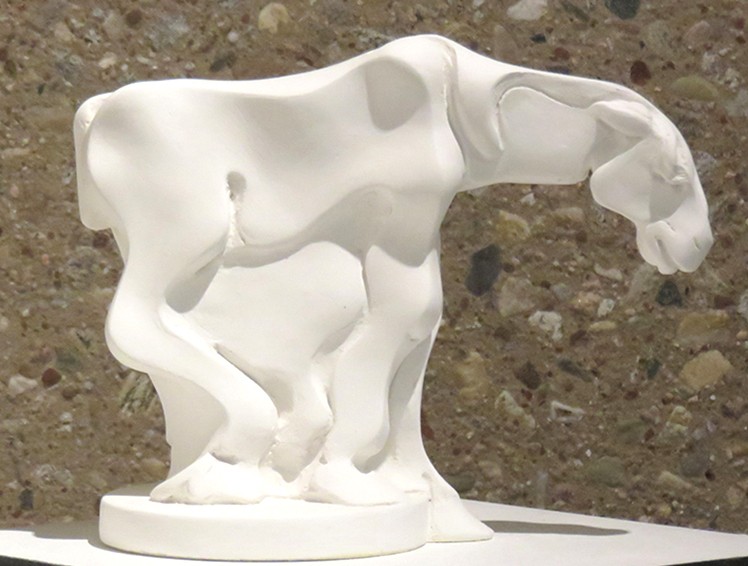 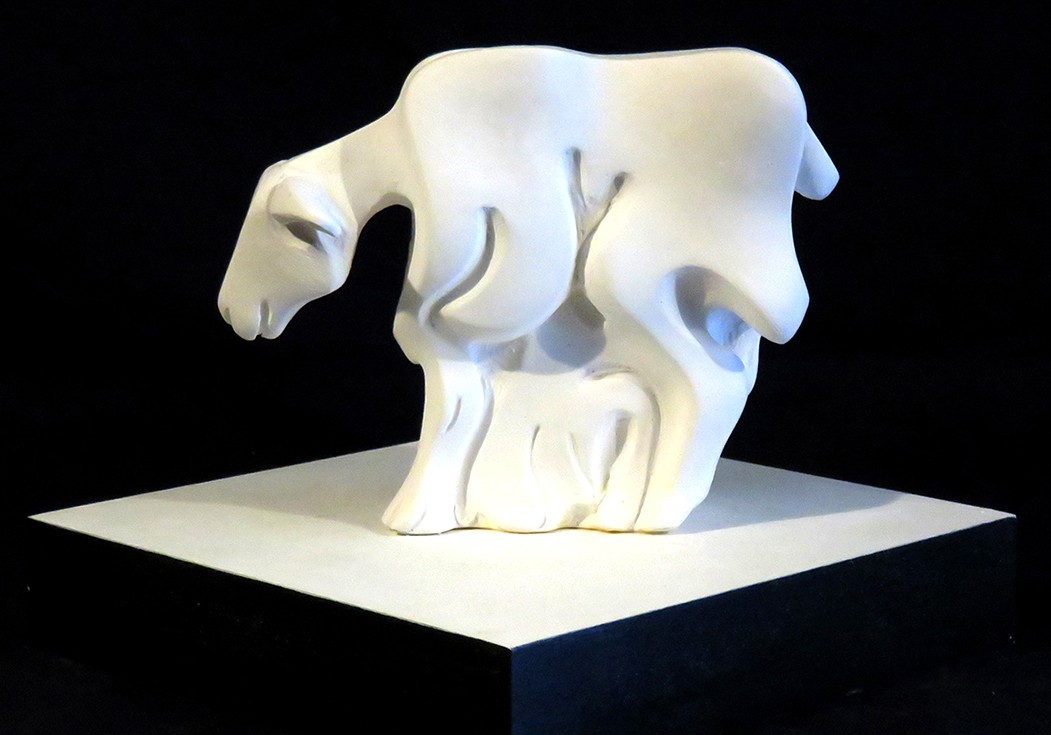 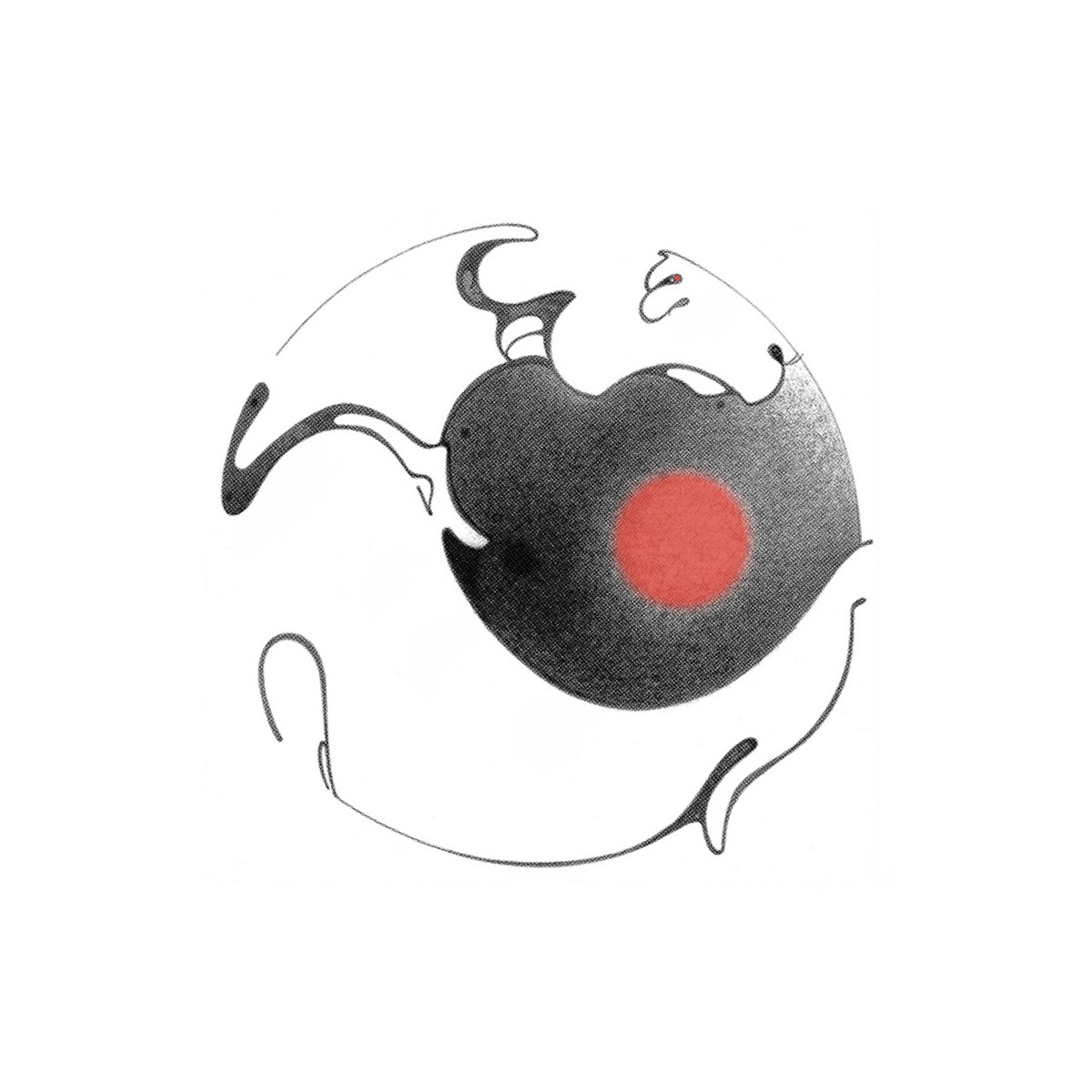 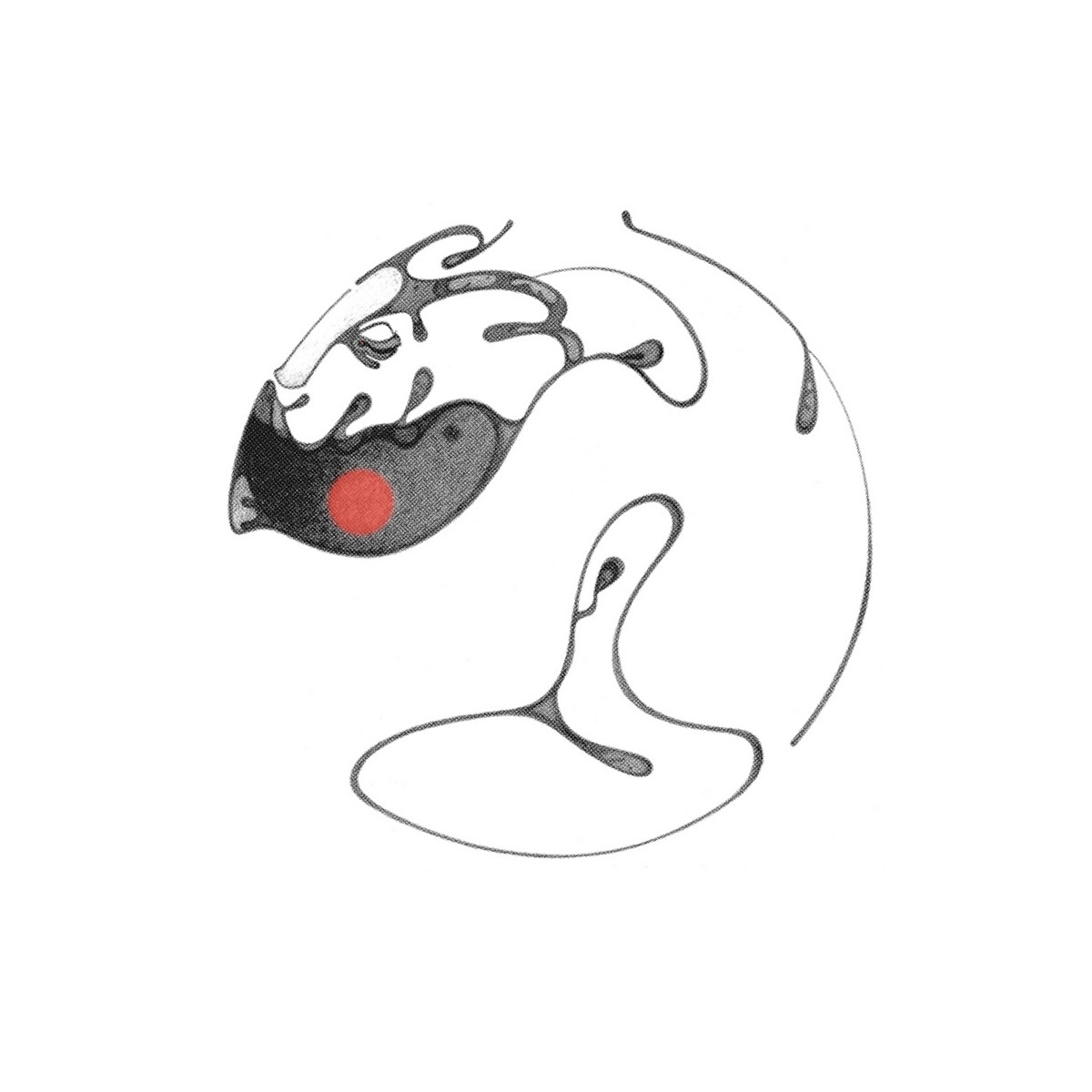