Born in New Jersey in 1957, Douglas was 22 before he first picked up a brush. “I don’t know what clicked, but as l got older, all of a sudden there was a need to do it, to be creative and successful.”

Flackman strives for a visceral as well as emotional response. The viewer can feel the dampness of a storm or the heat of a summer day. His paintings create a compelling desire to be drawn into his world.

Studies at Ridgewood Art Institute with the late Arthur Maynard were clearly his greatest influence. It was this mentor who taught artist Douglas Flackman that what he was painting was not just people, buildings and things – he was painting light!

Reflecting this philosophy, Flackman’s paintings have an intensity as powerful and interesting as light itself. Whether a soft, idyllic country scene, or a contrast-filled study of brooding clouds from a summer storm, his paintings create dramatic, well-defined moods.

After graduation, Douglas Flackman spent four years living in Vermont where he was completely involved in his work, painting seven days a week. He continues to return to Vermont each summer, where his paintings of the countryside – soft, glowing, filled with romantic images of horse-drawn wagons and hay stacks – continue to be in great demand by knowledgeable collectors.

Tilting at Windmills Gallery has been Douglas Flackman’s premier gallery for the past sixteen years, during which time he has had four highly successful one-man shows. 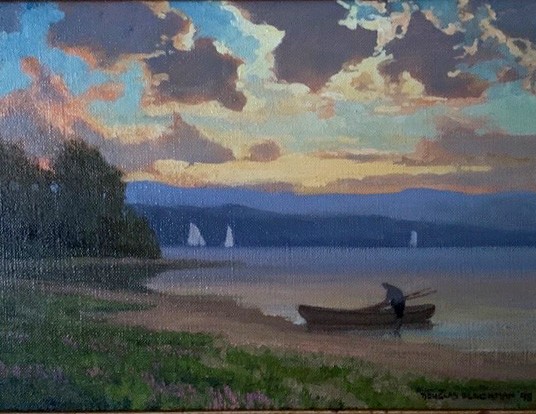 Viewing the Adirondacks from Vermont is always a treat. Top it off with being on Lake Champlain. Who could be unhappy with that and Douglas captured it beautifully. 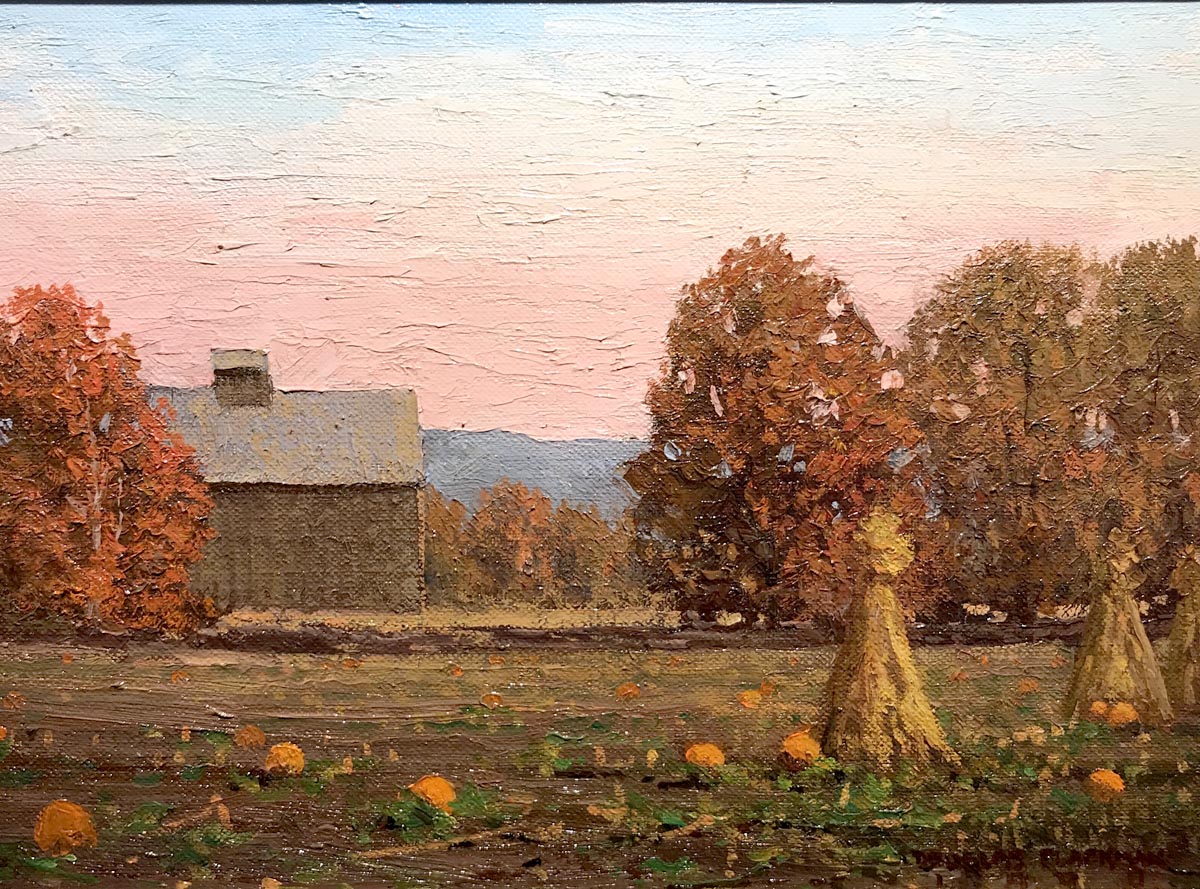 Picking pumpkins is a fall ritual that gets more popular with each passing year. Pumpkins soup is just as desirable as pumpkin pie……well almost!!! 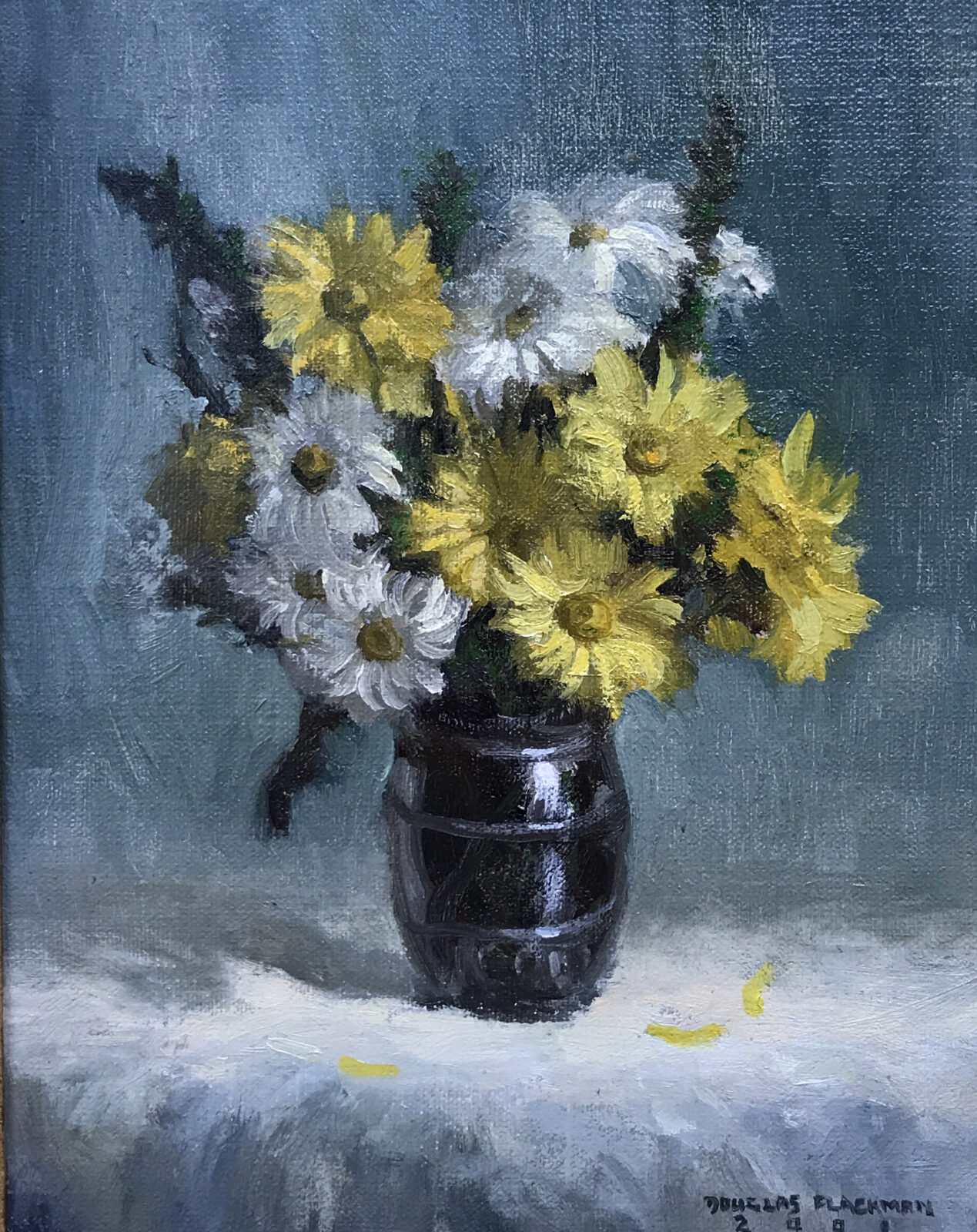 A lovely, delicate yet impressionistic still life that can hang in any spot and catch your eye. 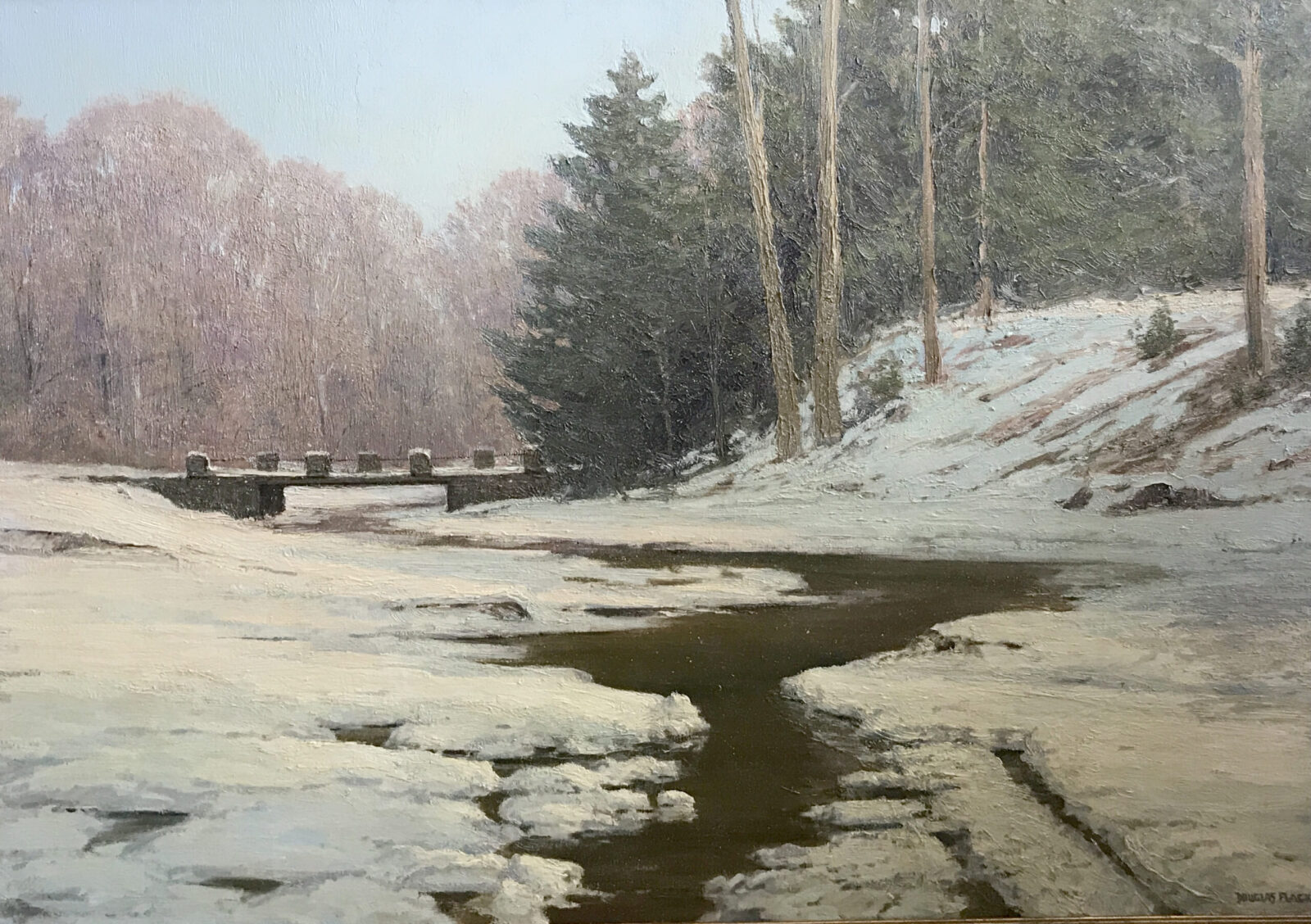 A gorgeous example of a Vermont winter landscape. 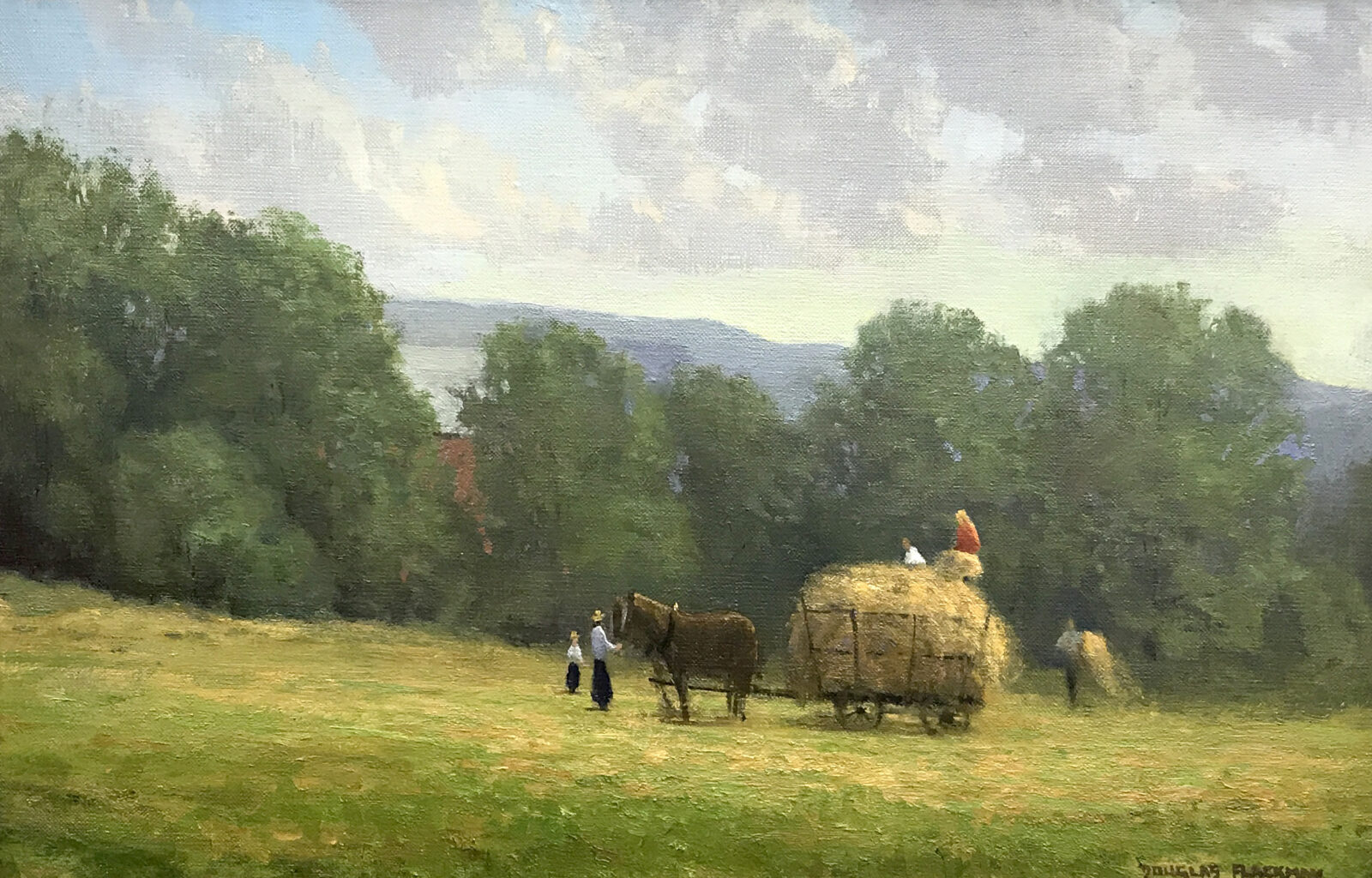 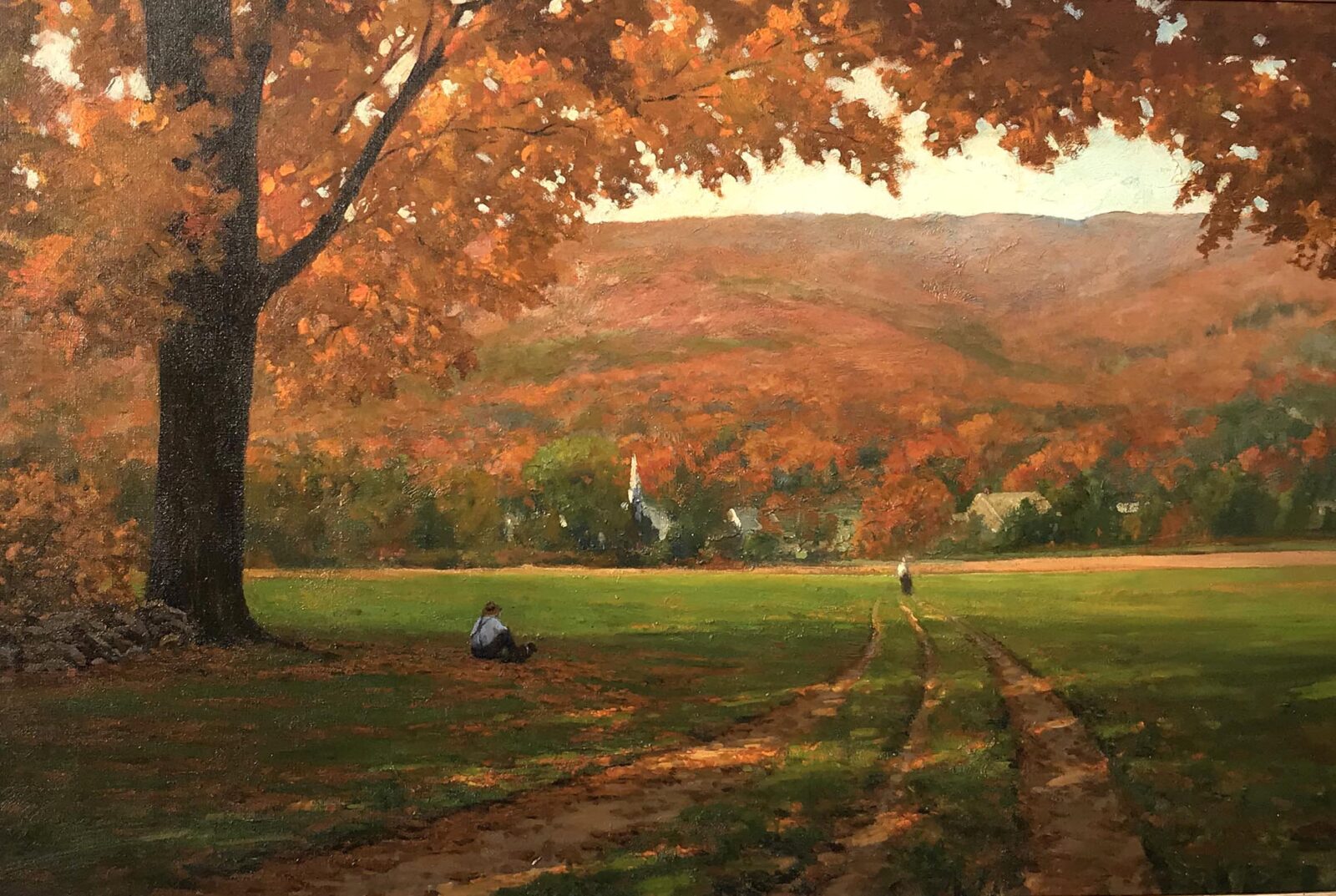 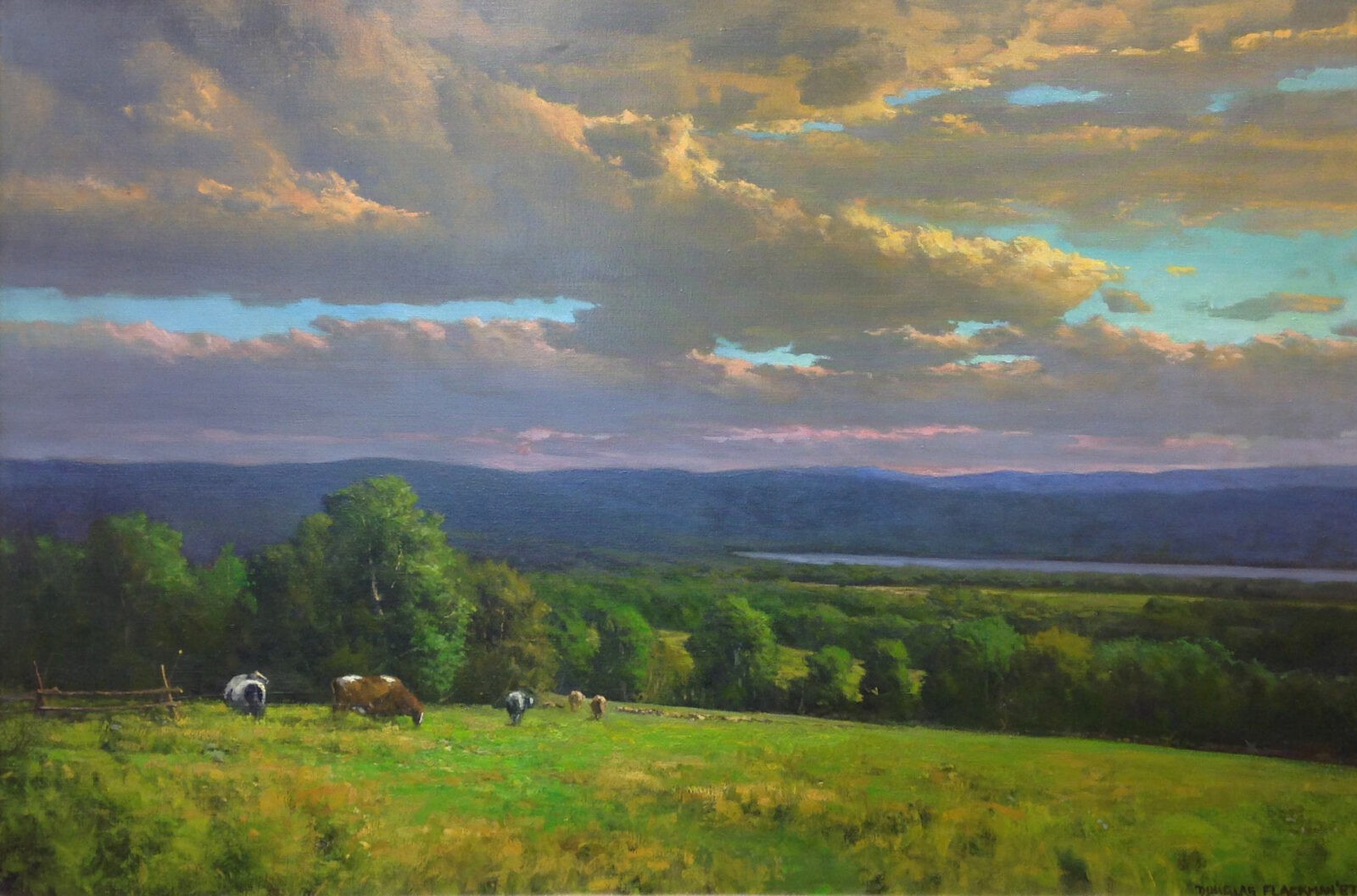 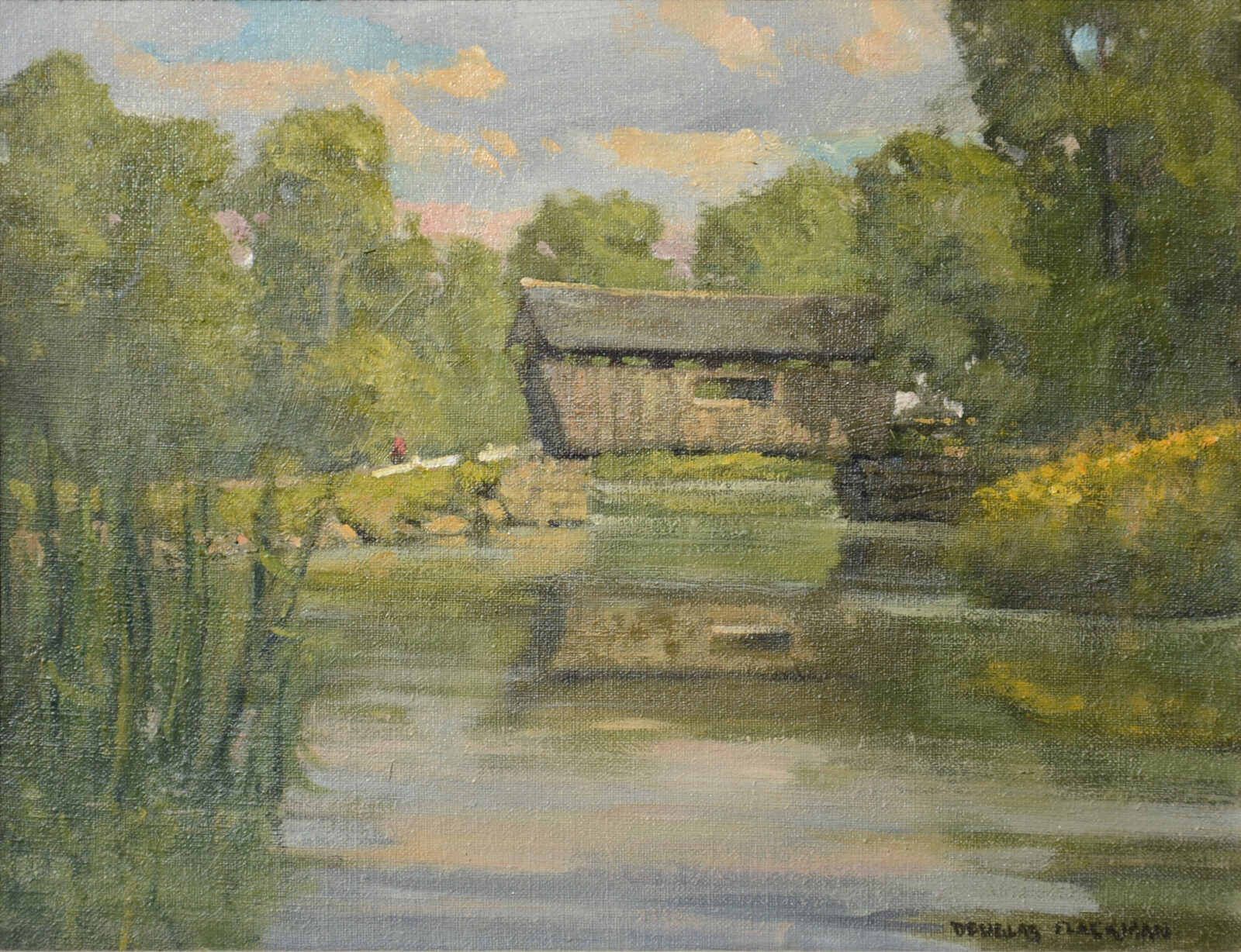 RETURNING FROM THE FIELDS

ON A COUNTRY ROAD