Artist Statement: In his paintings, Charles splashes his imagination on with the oil colors, lights up the canvas with broad brush strokes and delves into the articulate details with brushes and paint knives. Oil color is an excellent medium for the expression of a riot of glorious color and texture. Zhan fancies this classical color medium, so he has modified his painting style from the Chinese ink, water colors and gouche, to impressionist oil painting. To capture the magic of the countryside to perfection, Zhan repeatedly observes every scene that has ever touched his heart. He has studied and taken photos of the same view at various hours and in different seasons. “I aim to reveal the changes of color, the light and shade of the scene.”, Charles added, “I try to collect as much information as I can to strengthen my work.” Charles then completes the work in his studio. He is inspired to seize the moments he has experienced with feeling and transmit the infinte natural essence on 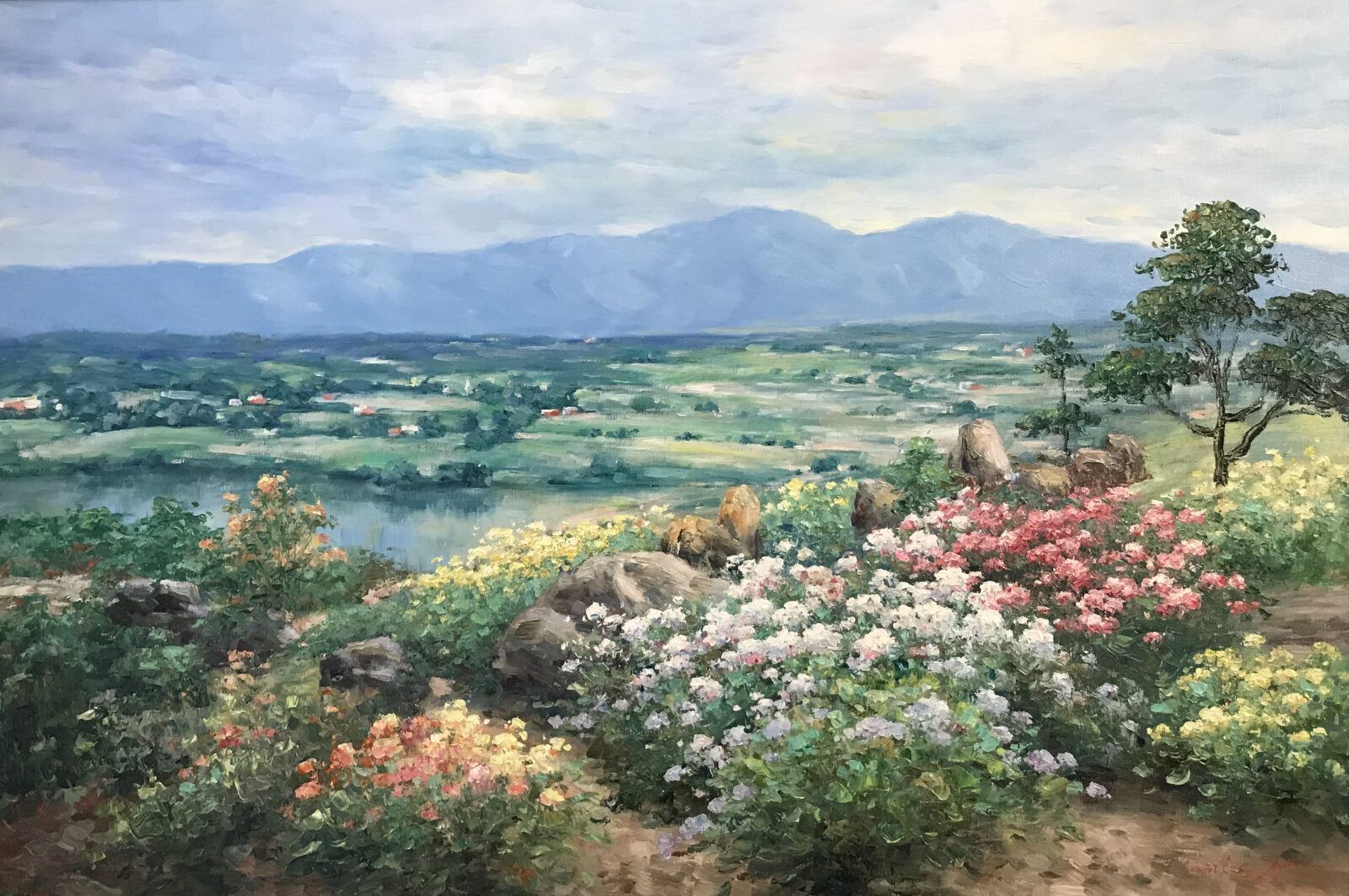 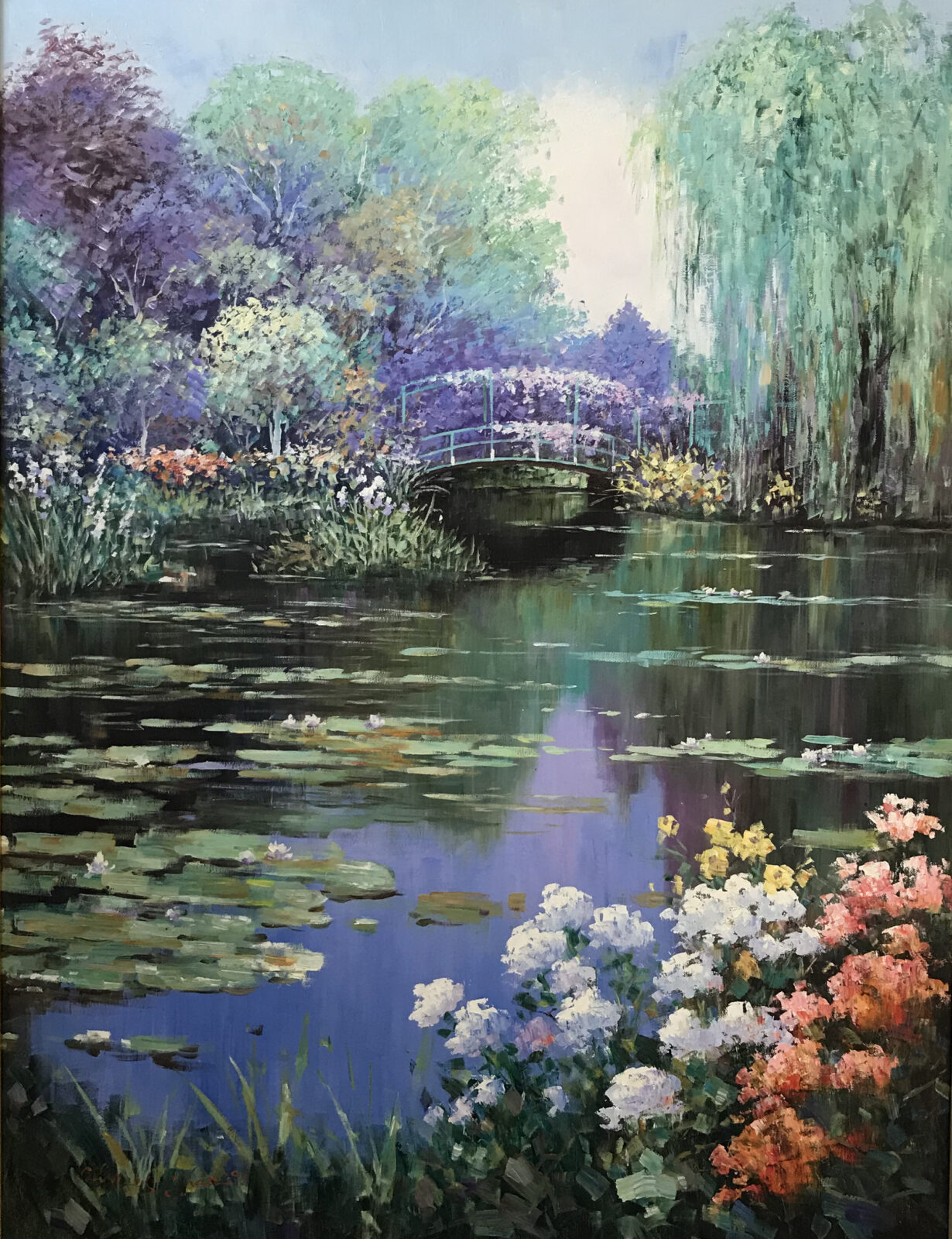 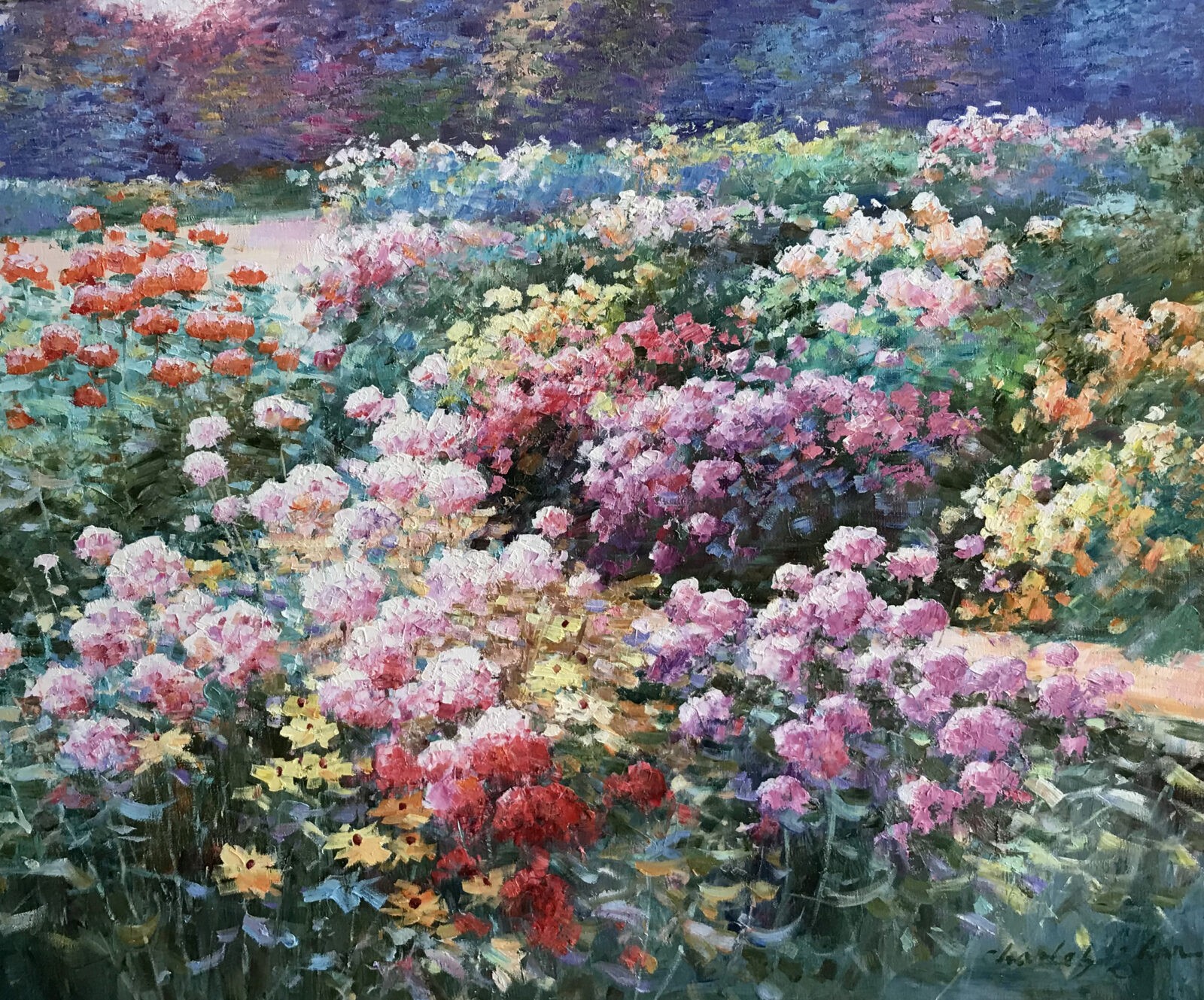 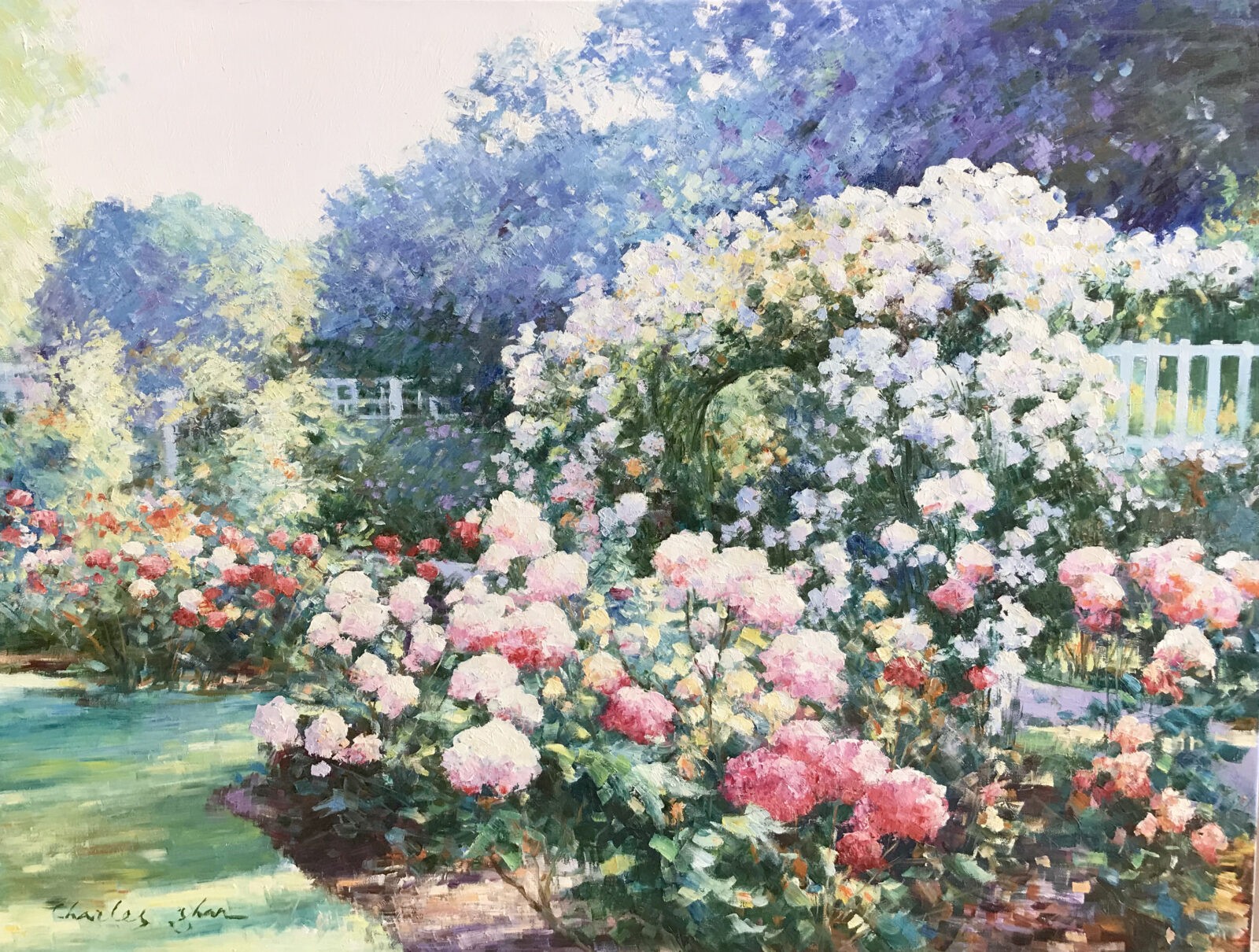